FAA releases list of instrument approaches to be eliminated 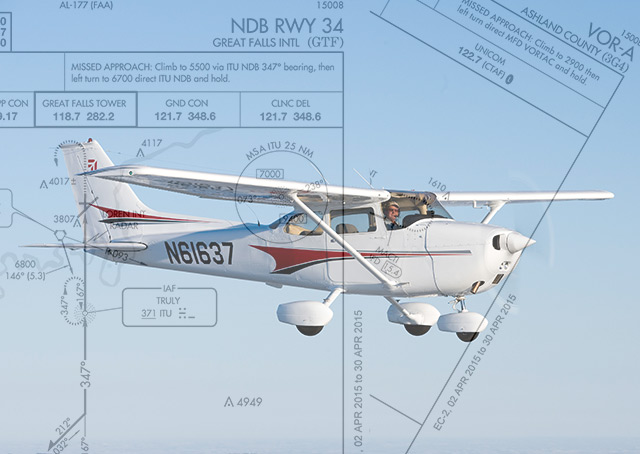 The FAA has published a list of 736 redundant or underutilized VOR and NDB standard instrument approach procedures that it proposes to eliminate as the agency moves forward with implementation of the NextGen satellite-based air traffic system.

The long-awaited list, published in the Federal Register in a notice of proposed rulemaking on April 13, was based on criteria established in 2014 by the VOR Minimum Operational Network Working Group, in which AOPA participated, said Melissa Rudinger, AOPA vice president of government affairs.

“The goal of the working group is to ensure that a scaled-back VOR system is maintained well into the future, even as the system and operators move to satellite-based navigation,” Rudinger said. Members may submit comments to the FAA on the list by May 28 as provided below.

The FAA said “complexity and cost” ruled out maintaining all existing approach infrastructure during the transition to new technology. The agency originally set a target of reducing the number of VORs from approximately 967 operating in late 2012 to 500 in service by Jan. 1, 2020, the target date for full implementation of NextGen. However, based on industry feedback and coverage requirements, the FAA has revised that target to 867 VORs in service by Jan. 1, 2020, and 667 by 2025.

“As new technology facilitates the introduction of area navigation (RNAV) instrument approach procedures, the number of procedures available in the National Airspace System has nearly doubled over the past decade. The complexity and cost to the FAA of maintaining the existing ground-based navigational infrastructure while expanding the new RNAV capability is not sustainable,” it said in the notice.

Members may review the list of instrument approach procedures selected for elimination in the Federal Register notice, or on the FAA website.

Dan Namowitz has been writing for AOPA in a variety of capacities since 1991. He has been a flight instructor since 1990 and is a 35-year AOPA member.
Go to Dan Namowitz's Profile
Topics: NextGen, Advocacy, Navigation