Get the app Get the app
Already a member? Please login below for an enhanced experience. Not a member? Join today
News & Media Avidyne announces avionics collaboration, ADS-B solution 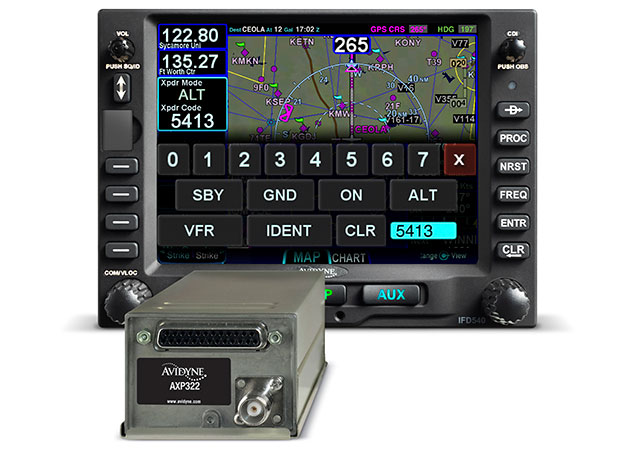 Avidyne Corp., a Lincoln, Massachusetts-based avionics manufacturer, announced at a Sun 'n Fun media event that it will collaborate to provide avionics for the Sun Flyer solar-electric training aircraft, and has received FAA approval to install a new Mode S transponder in numerous general aviation aircraft.

Avidyne officials were joined in the Sun 'n Fun media center in Lakeland, Florida, by representatives of Aero Electric Corp., manufacturer of the Sun Flyer, to announce that the two firms will collaborate to provide avionics for the two-seat trainer fitted with an electric motor powered by solar-rechargeable lithium-ion batteries.

"The Sun Flyer represents an exciting breakthrough in aviation technology and we are certainly happy to be participating in the development of the avionics and instrumentation for this innovative new trainer," said Avidyne CEO Dan Schwinn. "We think it’s one of the most innovative things going on in aviation. Electric aviation can be a fundamental game-changer for aviation costs, especially at the training level."

During the news conference Avidyne also announced that the FAA has awarded an approved model list-supplemental type certificate (AML-STC) for the Avidyne AXP340 Mode S Extended Squitter Transponder, paving the way for installation of the unit in more than 1,000 GA aircraft makes and models.

The AML-STC “will be made available to Avidyne dealers around the globe to streamline the installation process and allow customers easier access to ADS-B solutions,” Avidyne said.

The AXP340 operates on 1090 MHz and “meets the mandate for Automatic Dependent Surveillance-Broadcast (ADS-B) for general aviation aircraft operating in the United States and internationally,” Avidyne said.

The approval extends to installation of the AXP340 with the Avidyne Entegra Release 9, IFD440, IFD540, or legacy GNS 430W/GNS 530W as precision GPS position sources.

The AXP340 retails for $3,995 and includes the connector kit and mounting tray, but the antenna is sold separately.

Remote transponder expected in May

Avidyne also expects FAA certification of the remote-mounted AXP322 Mode S transponder, designed to integrate with the IFD540 and IFD440 FMS/GPS/NAV/COMs. With the expected FAA approval of a new software update (version 10.1) for those navigation units that will unlock wireless functionality, the hardware for which was built into both IFD models from the beginning. (The long-awaited first delivery of the IFD440 itself is also expected in May.)

The software upgrade can be loaded in the field, and will support remote transponder control and various other features, including scrolling of data blocks on the screen. That's particularly useful, Schwinn noted, on the IFD440, with a small screen (the IFD440 is designed to replace Garmin 430-series navigators in the same panel footprint). 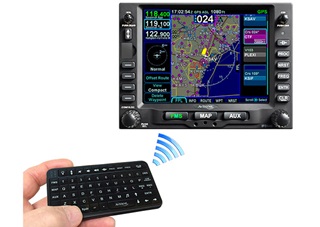 Also in the pipeline, an expanded portfolio of 978-MHz transceivers offering ADS-B functionality below 18,000 feet (operators above that level need to broadcast position data on 1090 MHz, the frequency used by the AXP322, for example). The MLX200 transceiver retails for $3,495; The MLX210 transceiver with built-in GPS retails for $4,995. The MLB100 offers ADS-B In only for $2,495, capturing traffic and weather data but not transmitting out the aircraft position.

Avidyne also announced a new Bluetooth keyboard that can control both the IFD540 and IFD400. Schwinn quipped that it was Avidyne's smallest announcement ever, holding up an MK10 prototype that is slightly larger than a credit card and can be mounted to a yoke. In aircraft where the navigation unit is mounted far enough away to be difficult to reach, the MK10 allows pilots to more conveniently control the devices. It will retail for $299, and be enabled by the coming 10.1 software release.