Get the app Get the app
Already a member? Please login below for an enhanced experience. Not a member? Join today
News & Media Repair tips for failed fuel injection system components

In the last segment, we reviewed the importance of proper routine maintenance and adjustment of the Continental continuous-flow fuel injection system. Now let’s take a look at what can fail in the system and how best to proceed if it does.

The fuel injection system has surprisingly few moving parts, so it’s fairly simple to review the major components and their failure modes.

Since the system begins at the fuel pump, it’s the most logical place to start. The mechanical engine-driven pumps are generally very reliable (the electrical boost pumps…less so). The exception is the altitude-compensating fuel pumps that automatically adjust the mixture as the aircraft climbs. When these fail, you may want to consider switching to a non-altitude-compensating pump. Continental has completed the FAA work to make this legal in almost all circumstances. The hoses are one of the weak points in the system if not properly maintained or left in service for eons.

The throttle and metering valve is the only other (significantly) moving part in the fuel injection system.  Inevitably, the bushings will wear around the throttle shaft over time, letting air into the throttle intake around the butterfly valve. Also, the four O-rings that are internal to the metering valve will harden over the years and eventually let fuel flow past them, unmetered. This can be particularly catastrophic if it translates into raw fuel leaking into the engine compartment in flight (as mine did). 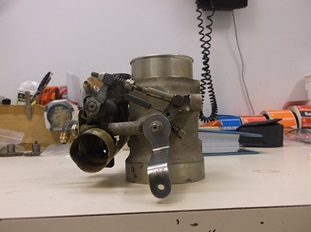 If the throttle and metering valve requires repair, consider sending it in for an “Inspect and Repair as Necessary” (IRAN).  The difference between an IRAN and an overhaul is typically paperwork and some components that you may prefer to re-use in an IRAN, but which cannot be re-used in an overhaul. In addition, if your control arms are brass, an overhaul may require their replacement, while an IRAN will not. There are exceptions: D & G Supply is a shop that overhauls just about any fuel system component, including carburetors.  According to their president, Russ Romey, he has received FAA approval to overhaul metering valves without replacing the brass arms (if they pass inspection). This issue alone could save you $500.

The internal components of the fuel manifold consist of a flexible diaphragm, a plunger, and a spring. The typical failure mode is either a contaminant in the system or a failure of the diaphragm. If your mechanic has done it before, the diaphragm can be replaced in the field. But, you’ll need to get the parts from an overhaul shop (such as D & G above). 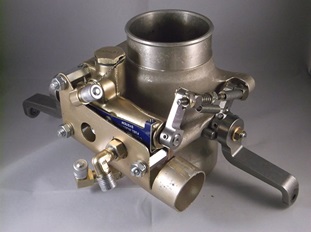 Fuel injectors most typically fail over time. While it might seem that the nozzle is where the problem is, it is more often with the air intake built into the injector itself. There is a tiny screen to block contaminants from entering with the air. Over time, this screen collects dirt and other contaminants that can reduce fuel distribution. The simplest test to do when you run into a problem is to remove all injectors, attach them to the lines, and put small baby food jars under each one to collect fuel as you run the electric fuel pump. Measure the results and look for a mismatch; they should all have identical fuel levels.

Continental Motors is currently delivering a free, live webinar series on engine maintenance and fuel systems during April and May. The schedule and links to the live events (and recordings of past webinars) are available on SocialFlight.com and through the SocialFlight apps. It’s a fascinating and informative series that I highly recommend.

Personally, I just finished taking my own advice and performed a complete fuel setup and adjustment on the engine in my Bonanza. Now I’m off to Sun ‘n Fun in Lakeland, Florida.  Hopefully, I’ll see some of you there.  Until then, happy flying!

Jeff Simon is an A&P mechanic, pilot, and aircraft owner. He has spent the last 14 years promoting owner-assisted aircraft maintenance as a columnist for several major aviation publications and through his how-to DVD series: The Educated Owner. Jeff is also the creator of SocialFlight, the free mobile app and website that maps over 20,000 aviation events and educational aviation videos. Free apps are available for iPhone, iPad, and Android, and at www.SocialFlight.com.