Get the app Get the app
Already a member? Please login below for an enhanced experience. Not a member? Join today
News & Media Super Legend Cub boasts 180 hp 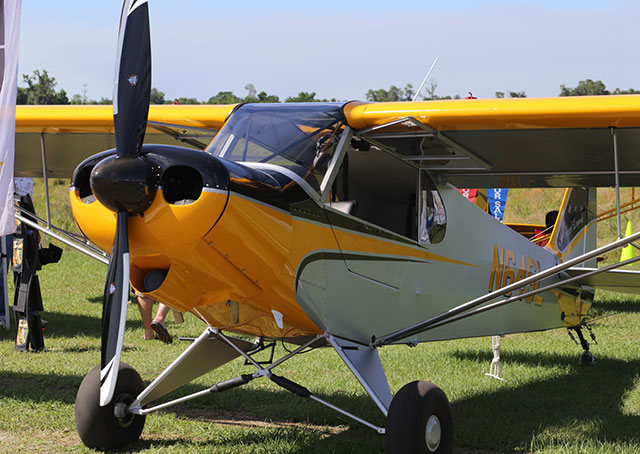 Engine manufacturers might want to keep an eye on Engine Components International (ECi) of San Antonio, Texas. This is the second announcement at Sun 'n Fun involving an ECi Titan engine. A day earlier, CubCrafters announced its Carbon Cub EX-2 kit and powered it with the 180-hp ECi Titan engine. The Carbon Cub SS also has that engine.

On the day Sun 'n Fun opened, American Legend Founder and CEO Darin Hart was the only person ever to fly it. He said it now takes off in two airplane lengths, or about 35 feet. Then it climbs at 2,000 feet per minute. After that, the engine reaches its five-minute limit on power, and power must be reduced to 2,100 rpm, or about 80 hp. That results in a cruise speed of 105 mph to 108 mph.

The second major improvement announced at Sun 'n Fun for the Super Legend is the option for Kevlar and carbon fiber floats. Built purposely for the Super Legend, the company’s amphib floats sport a manual gear mechanism plus watertight storage compartments. “For customer Dick Parsons this is his third Legend Cub, and he's been eager to accept delivery of the first Super Legend with LF1500A amphibs,” Hart said. “For added excitement and sophistication, Parson’s current Super Legend will be equipped with a touchscreen Garmin G3X display and will be ADS-B compliant.”