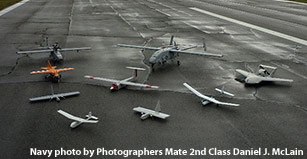 AOPA is asking the FAA to close gaps in the agency’s proposed rules governing small commercial unmanned aircraft systems (UAS). The association made the recommendations in formal comments filed April 22 in response to the FAA’s notice of proposed rulemaking (NPRM).

While AOPA called the NPRM “a good first step toward safe integration” of UAS into the National Airspace System, the association also noted that a number of additional provisions could increase safety and make it easier for UAS operators to comply with regulations.

In its comments, AOPA asked the FAA to lower the maximum operating altitude for small commercial UAS from 500 feet to 400 feet, the same altitude now allowed to model aircraft, which would provide a small buffer between manned and unmanned operations in most areas.

To ensure that UAS can comply with altitude and other airspace limitations, AOPA also recommended that UAS meet certain equipment requirements, including the installation of an altimeter and possibly of autopilot capabilities. And the association asked the FAA to consider requiring UAS to use geo-fencing technology, a software feature that uses GPS or radio frequency identification to define geographical boundaries and serve as a virtual barrier to prevent UAS from entering airspace that is off limits.

The association also asked the FAA to prohibit UAS operations in Class G airspace near airports and landing facilities.

In its comments, AOPA indicated its support for a recurrent pilot knowledge test every two years, but suggested the training be Web-based to lower the cost of compliance and allow more widespread access to required training.

To ensure that UAS can be identified in the event of an accident, incident, or violation, AOPA asked the FAA to implement additional requirements, including the establishment of a publicly accessible database of small commercial UAS.

AOPA noted that while the NPRM does not address recreational UAS operations, the FAA should take additional steps to issue clear and definitive guidance for recreational operators and publish guidance to help pilots file timely reports of reckless UAS operations.