Get the app Get the app
AOPA will be closed July 4th, in observance of the Independence Day holiday. We will reopen at 8:30 am ET on Tuesday, July 5.
News & Media Extending the Salinas experience

Make the most of your AOPA Fly-In visit 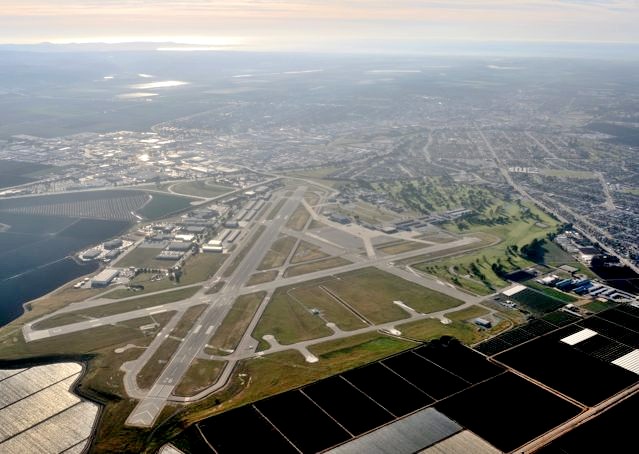 There’s going to be a lot to do at Salinas Municipal Airport in Salinas, California, during Northern California’s first AOPA Regional Fly-In of the year on May 16.

And there are a lot of opportunities to extend your Salinas stay into a weekend, as well.

Pulitzer Prize-winning author John Steinbeck was born in Salinas, spending his childhood in the Victorian house at 132 Central Avenue. The city’s historic downtown, known as Oldtown Salinas, is home to the National Steinbeck Center—as well as additional examples of Victorian architecture.

Much of Steinbeck’s work is set in California’s Salinas Valley and the adjacent California Coast Ranges. The legendary author may best be known for his 1945 novel, Cannery Row, which is set in a gritty industrial street in nearby Monterey during the Great Depression. Steinbeck had moved to Pacific Grove, California, just blocks from Monterey, in the late 1920s.

Today, instead of sardine canneries, the area in which the iconic novel was set—now known as Cannery Row, after Steinbeck’s book—is home to a variety of restaurants, shops, and the world-class Monterey Bay Aquarium. The canneries are long gone, although many of the historic structures survive in new roles. 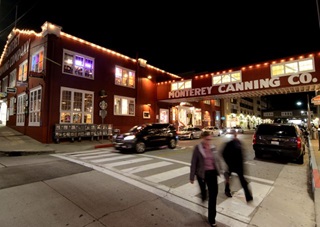 Salinas is only 17 miles from Monterey, and it’s less than half an hour’s drive—or a much shorter flight, to the Monterey Regional Airport.

Arrive on Friday to play in a golf tournament at the Salinas Fairways Golf Course, literally on the airport—the seventeenth tee and the fourteenth green bracket the Runway 13 threshold. The Monterey Bay Chapter of The Ninety-Nines is holding the tournament, which is a best-ball scramble. The entry fee is $40 per player, which includes 18 holes of golf, a cart, and a chance to win prizes. To sign up to play, email the chapter president, Kay Harmon. The chapter marks its fiftieth anniversary this August.

AOPA is throwing a Barnstormers Party at the airport Friday evening. The party, which begins at 6:30 p.m., features a catered barbecue dinner and a special screening of National Geographic’s new film, Living in the Age of Airplanes. The film was produced and directed by Brian J. Terwilliger—you probably remember his work from One Six Right—and it weaves together the profound ways in which aviation has transformed the world. It takes the audience on an epic journey through 18 countries and across all seven continents as it presents a unique perspective on how the airplane has changed the world. It is narrated by actor and pilot Harrison Ford, and features an original score by Academy Award-winning composer and pilot James Horner (Avatar, Titanic). 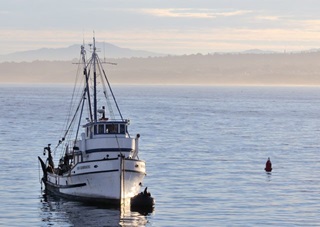 What makes the screening so special? Terwilliger will be on hand to introduce the film and share his story. You can view the trailer online.

Registration for the Barnstormers Party is $15 in advance, and $20 at the door if tickets remain available.

Camping will be allowed on the field, with spots available on a first-come, first-served basis—reservations are required, and they may be requested by email. For more information, download the aircraft camping information sheet.

The AOPA website has the latest information, including the seminar schedule and an updated exhibitor listing. Learn more and RSVP for AOPA’s Salinas Fly-In today. Pilots planning to fly in need to download AOPA’s Pilot Information Packet, which includes the fly-in  procedures. Also, watch helpful tips and part of the arrival route in this Air Safety Institute video.

Technical Editor
Mike Collins, AOPA technical editor and director of business development, died at age 59 on February 25, 2021. He was an integral part of the AOPA Media team for nearly 30 years, and held many key editorial roles at AOPA Pilot, Flight Training, and AOPA Online. He was a gifted writer, editor, photographer, audio storyteller, and videographer, and was an instrument-rated pilot and drone pilot.
Go to Mike Collins's Profile
Topics: AOPA Events, Fly-in, Events