Get the app Get the app
Already a member? Please login below for an enhanced experience. Not a member? Join today
News & Media Samaritan Aviation: Serving Papua New Guinea’s Sepik River basin 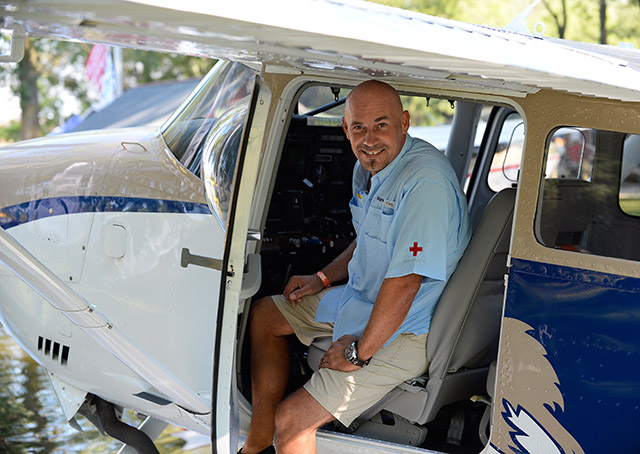 Mark Palm didn’t always plan on becoming an aviation mechanic. He had his sights set on becoming a commercial pilot or following his grandfather into military aviation, but a college trip on a whim changed all that.

Equipped with only a backpack and a dream, Palm followed a buddy across the globe from Florida to Papua New Guinea's 700-mile long Sepik River basin to experience life on the world’s second largest island. He slept among the islanders, ate and spear fished with them, and was smitten by the experience.

“It’s a different world over there,” Palm said as he reflected on the 30,000-square-mile waterway drainage and its sparsely populated wilderness of mainly tribal inhabitants with few outside influences. “It’s very indigenous, it’s grass huts, it’s spearing fish with homemade spears, and using stone axes for tools.”

Palm’s dream to start a medical outreach program began when a little boy with a swollen and infected leg walked up to the pair of island-vacationing college students.

“There wasn’t any Neosporin around and the kid was about ready to lose his leg. We were able to bandage it up but we were thinking, what would it be like if we had a plane and we could get out to these remote areas? Through research, the Sepik River area just kept coming back over and over again and that’s where the dream started,” said Palm, explaining how Samaritan Aviation began. 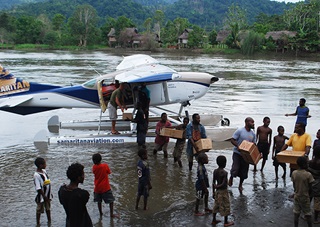 After Samaritan Aviation recently acquired a second Cessna U206G Stationair, Palm thought back to those early days during an interview from his perch on a pontoon at EAA AirVenture’s Seaplane Base.

He went home and started flying right away and then entered airframe and powerplant school a year later. “The whole reason was so that I could go to New Guinea and fix airplanes,” Palm said. “I actually wasn’t a wrencher growing up. I didn’t tinker with things on the weekends and it wasn’t really a passion for me but I knew I had to get that training to be successful.”

While Palm was plotting his future and earning his A&P mechanic certificates at a California aviation school, he met his future wife, Kirsten, a school teacher. On their first date Palm spoke about his dream of island life and outreach and waited for Kirsten to walk away: “I told her that if you’re up for that, we can continue to date, and if you’re not we can be friends. So she agreed and the rest is history.”

The pair have three children and the young family is adapting to island life just fine. The children are home-schooled by Kirsten and after a half-decade of flying solo with their young family in tow, Palm recently ramped up Samaritan Aviation to expand their staff on the island located north of Australia in the southwestern Pacific Ocean.

They now we have four other families participating in the outreach program including another pilot, a medical director, an office manager, and a community coordinator. Four Papua New Guinea staff help with the airplanes and their hospital ministry.

Palm explained, “We bring patients in and we feed them, but in this culture you don’t just fly a patient in. You have to fly their caretakers in from the village, too, because the hospital there doesn’t feed them, they don’t wash them, it all has to be done by villagers.” Communication can be a challenge too: “They speak 76 languages just in the province we’re in.”

The Sepik River is the largest volume fresh water river in the Asia-Pacific rim, and at 700 miles long and 3,000 feet wide in some places, it’s a massive river. Palm said, "Every time I go to a spot, whether I’ve been there before or not, it’s different. Sand bars change, and I’ve seen 100-foot trees floating down the river. You’ve got crocodiles, too, but it’s amazing.” 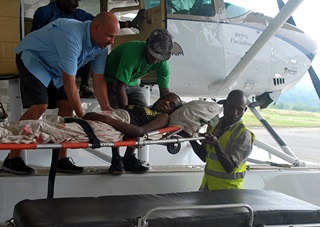 Palm says his nonprofit organization flies the only floatplane in the country and offers medical service to the Sepik River villagers at no cost. Samaritan Aviation’s normal configuration for the Cessna 206 is four seats and a stretcher, with a pilot, copilot, two caregivers, and a patient filling the aircraft.

The most common ailment is malaria. “Ninety-eight percent of the people have malaria, and if it doesn’t get treated it turns into cerebral malaria, which is a killer,” he said. Dysentery also ranks high because the river basin is constantly ebbing and flowing and it can rise or fall 20 feet in three days.

“Their homes are all on stilts so half the year they pull a canoe up to their house, and there’s zero land,” he said. “Villagers live off of fish only, so it affects their diet. The water’s polluted so they get sick a lot from drinking it, especially when the water [is] high and the bathrooms are all flooded.”

Palm and his crew flew 300 hours last year treating a myriad of medical situations including 117 emergency flights, of which 60 percent were mothers and babies.

In the five years since the medical outreach program began, Palm has delivered 100,000 pounds of medicine and saved 390 lives using just one Cessna 206 Stationair floatplane. Up until now, their only floatplane had to be out of service for a month to perform routine repairs, 100-hour inspections, and annuals. Palm says they missed 18 calls the last time the Stationair was down and that’s why they are adding a second airplane.

“A lot of the time we’ll be on a flight out and 10 minutes later we get another emergency call. We’d have to wait until the next day, so having a second airplane is really going to open that up,” he said. 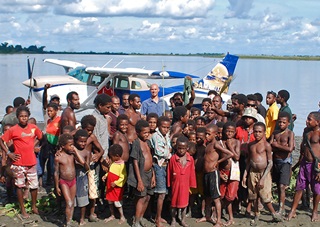 Samaritan Aviation plans to do more community development, midwife training, and preventative health care, too. With a school teacher as his second-in-command, Palm said education is also high on their priority list.

Pilots interested in Samaritan Aviation’s mission can talk to Palm in person and get an up-close look at the organization’s new white, blue, and gold Cessna U206G during their Every Life Matters Tour. The tour stops in Dallas, Aug. 10 to 12; Denver, Aug. 14; and Montrose, Colorado, Aug. 16, before finishing the month at various Arizona locations. Palm will end Samaritan Aviation’s stateside tour in September or October by visiting in several California cities and then departing for Papua New Guinea.

“It’s been amazing seeing it continue to grow,” said Palm. “We look forward to making more of an impact now that we have the second aircraft. I believe we could even double the impact that we have now.” 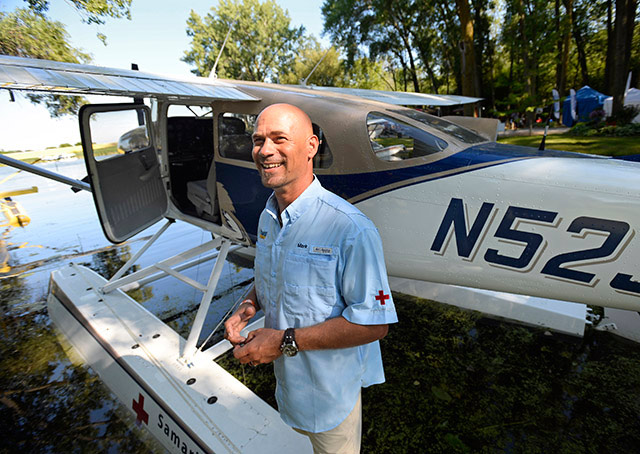