Get the app Get the app
AOPA Members DO more LEARN more SAVE more - Get MORE out of being a pilot - CLICK HERE
News & Media Super Cub: 'The airplane that started it all'

Super Cub: 'The airplane that started it all' 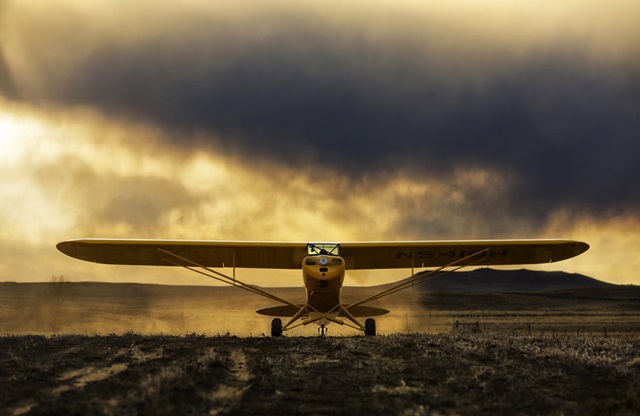 The aviation world owes much to an easy-to-overlook Piper Super Cub that will be on display at the AOPA Fly-In at Anoka County-Blaine Airport in Blaine, Minnesota, on Aug. 22.

The airplane painstakingly restored to its original 1950 condition is the first PA-18 ever built, N5410H. The mechanically simple, tube-and-fabric aircraft launched a new era of recreational backcountry flying around the world.

“I don’t think anyone at Piper realized how important the Super Cub was going to be or what kind of following it would come to have around the world,” said Roger Meggers, a Super Cub pilot and restorer who bought N5410H and, working closely with son Darin, returned it to mint condition. “This is the airplane that started it all.”

The Meggers own Baker Air Service in remote Baker, Montana, and are well known among aircraft restorers. Their work on N5410H has been recognized with top craftsmanship awards at EAA AirVenture and Piper’s annual Sentimental Journey Fly-In at Lock Haven, Pennsylvania.

The original PA-18 weighed just 781 pounds empty and was powered by a 90-horsepower Continental engine. That’s about half the horsepower of highly customized modern Super Cubs that dominate both the light sport and specialized backcountry market. 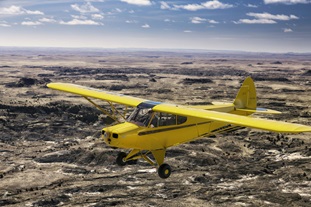 The Meggers have flown N5410H all over the country, and it’s a sensation among vintage aircraft and especially Piper aficionados who recognize the rarity of the airplane, and its unique story.

“People who know what they’re looking at really appreciate the details in this airplane,” Darin said. “We went to great lengths to make it original. That includes every screw, nut, and fastener. All the materials, including the paint, are just like it was. People appreciate that.”

Cessna 170 owner John Nielsen took a much different approach to restoring his 1955 airplane.

It had been neglected and looked terrible. But when Nielsen took it apart, he recognized the structural parts were fundamentally sound, and he set about modernizing it to make it his perfect airplane.

Nielsen replaced the original 145-horsepower engine and fixed-pitch prop with a 180-horsepower model and a constant-speed prop; installed a modern instrument panel and interior; and updated the airplane with gorgeous paint. The multi-year project resulted in a stunning aircraft that’s far more capable than the original—and every detail will be open for inspection.

AOPA comes to Anoka County Airport in Blaine, Minnesota, on Aug. 22 for its Minneapolis Fly-In. RSVP online to reserve your meal ticket and let the association know you’re coming. This AOPA Fly-In has been made possible by a generous grant from the AOPA Foundation. Visit foundation.aopa.org for more details.