Get the app Get the app
Already a member? Please login below for an enhanced experience. Not a member? Join today
News & Media Mentor Matters: Databases on top of databases

Your databases can be trusted—sometimes

As turbine aircraft host more and more sophisticated flight decks, they become more dependent on a humble item all too often taken for granted—the database. 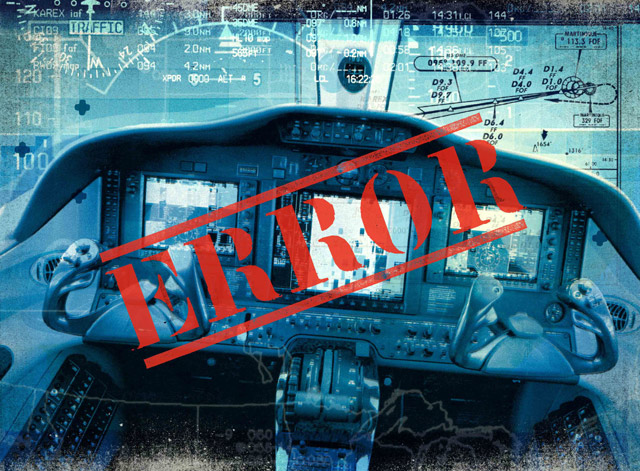 As turbine aircraft host more and more sophisticated flight decks, they become more dependent on a humble item all too often taken for granted—the database. Avionics have come a long way from the days when an aircraft would be considered advanced if it featured a single IFR GPS, with an associated single navigation database.
Modern jets host anywhere from eight to more than a dozen databases, in an often bewildering array of locations and with different update cycles. These databases provide the information needed by the avionics to do everything from drawing a moving map to flying a GPS approach.

Some databases live in internal memory and must be updated by external devices ranging from SD cards to USB sticks to laptop computers. Others exist on SD cards, which must be in specified slots at all times. Further, some databases are updated infrequently or never, while others must be refreshed on cycles of 14, 28, or 56 days. It’s no wonder that wrapping their minds around the intricacies of database updating can be one of the most frustrating struggles for new jet owners.

Any missing, corrupted, or conflicting database typically will render some element of the avionics inoperative. Terrain database not installed correctly? No synthetic vision for you today. Flying a Garmin flight deck with a navigation database version mismatch between a primary flight display (PFD) and the multifunction display (MFD)? Your crew alerting system (CAS) box will be X’ed out, preventing flight until the databases are brought into sync.

Even when all databases are correctly updated and installed, a prudent pilot remembers that all those ones and zeros were entered by a human hand and, despite all the quality control that goes into creating the databases, errors can and do slip through. Fixes loaded via a procedure always should be carefully checked against the procedure diagram, as should courses and altitudes associated with said procedures. In recent operations I’ve experienced three different types of database errors that fortunately were caught before they became hazardous.

The most obvious error is a waypoint that’s located in the wrong place; I once found myself more than a mile off an airway when the “JFK” I loaded into my flight plan wasn’t actually the JFK VOR in the proper location, but rather an erroneous “JFK” waypoint several miles east of where it should have been. Fortunately I was monitoring my position relative to the airway on a moving map, and so I was able to reconcile the difference between my centered HSI and diverging MFD picture.

Another type of error fortunately was presented in VMC; had it happened in IMC, the stress level in the cockpit would have been stratospheric. Approaching Kangerlussuaq, Greenland (BGSF), for the first time, my co-pilot and I had enjoyed a beautiful flight up the fjord only to have the terrain awareness and warning system (TAWS) command a pull-up on a two-mile final. A glance at the synthetic vision showed why—an error in the terrain database used by both the synthetic vision and TAWS created a mountain of water directly on the final approach course. Trusting our eyes, we flew through the “mountain” while the system frantically pleaded with us to climb.

A more insidious type of error that sneaks into databases is when an approach waypoint isn’t properly coded in terms of its status on the approach. Flying an ILS approach into Aimé Césaire International, Martinique (TFFF), I puzzled why the flight deck was remaining in “magenta needles” (GPS guidance) well past the point where it should have switched to “green needles” (ground-based guidance). The problem? The waypoint, which defined the final approach fix (FAF), wasn’t coded in the database as the FAF—thus, approaching it, the system didn’t receive its normal cue to transition to ILS guidance. A more careful review of the waypoints in the procedure would have given us a bit more time to plan and react, a lesson well learned. 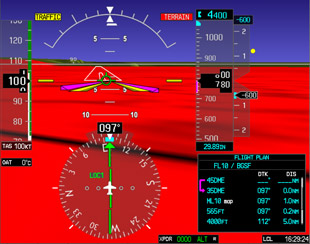 An incorrectly labeled fix prevented the display from showing and tracking the glideslope. 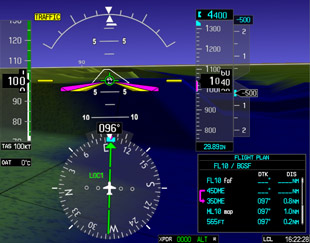 No, there’s not really a standing wave 800 feet high on short final, but the terrain system and synthetic vision sure think so.