Aviation for a new generation

‘This is not your father’s summer camp’ 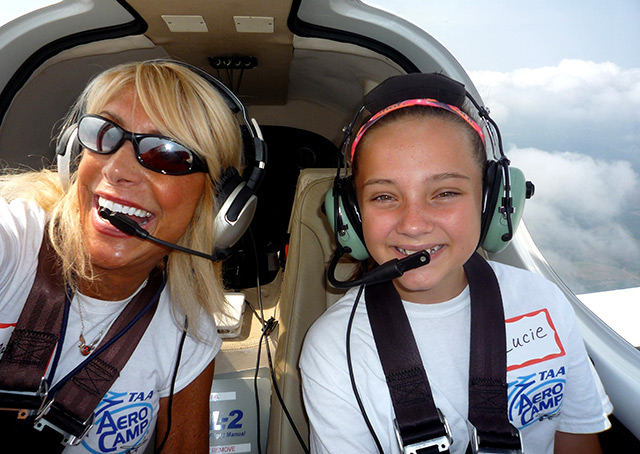 Flight instructor and aviation personality MayCay Beeler was waiting out some "icky weather" on a recent morning, giving a telephone interview when what she really wanted to be doing was getting on with her fun assignment of teaching a group of teen-aged aviation campers to fly, as director of a Greensboro, North Carolina, aviation camp.

If an innovative approach is the key to getting a new generation of pilots to seek out aircraft cockpits, what’s happening in Greensboro may just fit the bill.

Take the airplane Beeler uses for introductory flights—it is "the coolest thing you can imagine," she said. The aircraft is a 2008 Liberty XL2, a two-place, state-of-the art, 125-horsepower trainer with full authority digital engine controls, a control stick with "tight, very sensitive feel," and a 270-degree panoramic view from the cockpit—totally state-of-the-art, totally 21st century.

With a cruise speed of 125 knots, and its fuel carried in the fuselage instead of in wing tanks, the Liberty is nothing like an "iconic" aircraft such as a Cessna 172. But the cadets, as the campers are known, would also get to sample flight in that type airplane during the 2015 AeroCamps offered by Triad Aviation Academy of Greensboro. 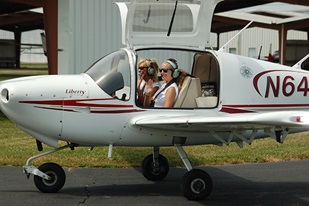 "So the kids get a taste of both worlds," Beeler said. "We want kids to learn, but we want them to be passionate, so it has to be fun for them. This is an airplane they can be excited about—beautiful, a sense of new, no hangar rash. It makes a difference."

The XL-2 does seem to have the desired effect on its young occupants, judging from the delighted expressions on the faces of campers, age 12 to 16, captured by in-flight photos. For many of the young aviation cadets, the digital images record not only a first experience in the left seat of an aircraft in flight, but a first flight experience of any kind.

And here’s another fact the campers think is pretty awesome when Beeler tells them about it: The Liberty shares key technological advances, such as its full authority digital engine control (FADEC), with the ever-so-modern HondaJet manufactured by Greensboro-based Honda Aircraft.

The AeroCamp’s operator, Triad Aviation Academy, is a member institution of the Flight School Association of North America. Triad is led by CEO Bruce McCall, and his company pursues a mission that lists "outrageous customer service" among its tenets.

Triad has completed three AeroCamps in 2015, and was about to complete its first AeroCamp 2.0 in mid-August. Triad considers itself "lucky we were able to introduce and teach the next generation of pilots," according to the company's website. 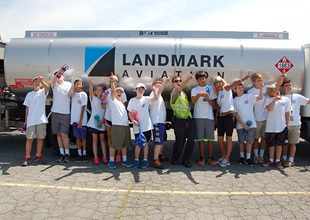 The introductory AeroCamp, staged from Greensboro’s Piedmont Triad International Airport, located in Class C airspace, includes two local flights, plus a survey of the airport’s aviation community through visits to air traffic control facilities, a behind-the-scenes look at the Transportation Security Administration operation; getting acquainted with airport police officers and their bomb-sniffing dogs; checking out a FedEx Airbus jet; inspecting fixed-base operation Landmark Aviation; touring the fuel farm; and seeing how wildlife and aircraft are kept apart—in short, a study of all aspects of airport operations.

A recent introductory AeroCamp had 14 participants. Their adventures, activities, and happy reactions to flying were recorded and posted on Beeler’s Facebook page.

In AeroCamp 2.0, cross-country flying to several outlying airports, with cadets adding navigation and communication to their repertoire of skills, takes campers’ flight experience to an even higher level.

"The most important thing is that they learn to fly," Beeler said, adding,  "This isn’t your father’s summer camp."

Dan Namowitz has been writing for AOPA in a variety of capacities since 1991. He has been a flight instructor since 1990 and is a 35-year AOPA member.
Go to Dan Namowitz's Profile
Topics: Navigation, Training and Safety, Technology