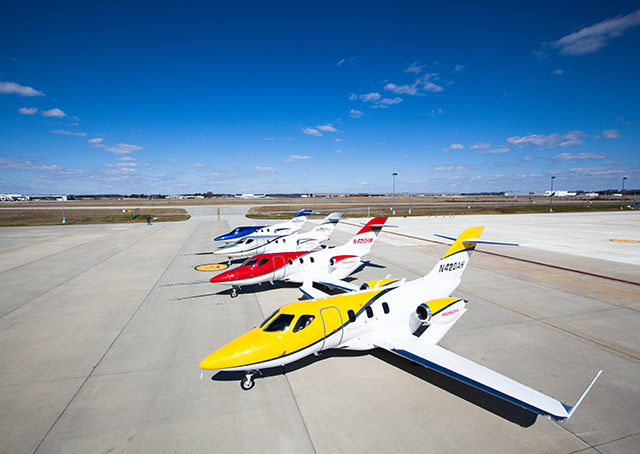 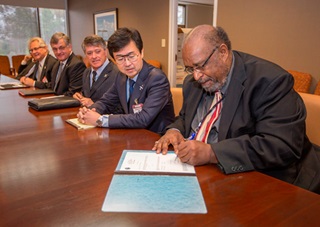 “Provisional type certification for the HondaJet is a tremendous milestone for the program, and we are pleased to reach this significant step toward customer deliveries and entry into service,” Honda Aircraft Co. President and CEO Michimasa Fujino said in a news release. “Honda Aircraft has completed nearly all of the testing and reports required by the FAA, and we are very close to achieving final type certification for the world’s most advanced light jet.”

Honda Aircraft said the provisional type certificate was based on the jet’s “certification testing, design reviews, and analyses completed to date.” The company has four jets in testing that have flown a combined total of more than 2,500 hours.

“It is a pleasure for the Atlanta ACO to issue Honda Aircraft Company a provisional type certificate for the Model HA-420,” Melvin Taylor, manager of the Atlanta office, said in the news release. “It is a milestone event for a first time aircraft manufacturer to receive its first type certificate. This issuance speaks well to the hard work put forward by all the Honda and FAA staff working in a collaborative manner. The Atlanta ACO takes pride in being part of Honda’s introduction of such an advanced and uniquely designed aircraft to the aviation market. We look forward to continuing our collaboration with Honda as we move to final completion of their HA-420 approval.” 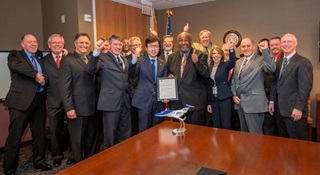 According to the company’s website, Honda spent more than 20 years researching and developing its over-the-wing engine mount, which it said leads to “a more spacious cabin, noise reduction, and increased fuel efficiency.” The jet is powered by two GE Honda HF120 turbofan engines. Natural laminar flow technology on the twinjet’s wing and fuselage nose decrease drag, the company said. The jet has a maximum cruise speed at Flight Level 300 of 420 knots true airspeed, a rate of climb of 3,990 fpm, and an NBAA IFR range of 1,180 nautical miles with four people onboard, according to specifications on its website. The flight deck features a “Honda-customized” Garmin G3000.

Once final type certification is received, Honda Aircraft said it will begin first deliveries. Currently, 12 aircraft are on the assembly line at its Greensboro, North Carolina, headquarters, with five more in the production workflow.