Get the app Get the app
Already a member? Please login below for an enhanced experience. Not a member? Join today
News & Media Just Aircraft explains accident 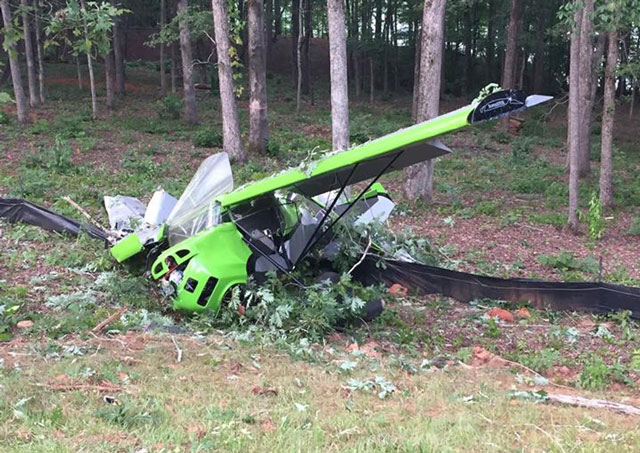 Both occupants of this Just Aircraft SuperSTOL walked away uninjured, according to emergency responders and the company. Oconee County Emergency Services photo via Facebook

Just Aircraft issued a statement Aug. 8 announcing the Aug. 2 crash landing (described by the company as an emergency landing) of a SuperSTOL. The aircraft, flown by company co-founder Troy Woodland, crashed after an engine failure that has been attributed to water in the fuel tank. Woodland and a passenger walked away from the wrecked aircraft without injury, according to both the company and the Oconee County Emergency Services, the latter which posted a photo of the wreckage and a brief synopsis on Facebook.

The accident was the second involving a company-owned and -operated aircraft in 2015, and the third Just Aircraft accident listed in the NTSB online aviation accident database in the Walhalla, South Carolina, vicinity since 2006. The company was founded in 2002 and has produced hundreds of kits, according to its website.

A company statement contained a brief description of the mishap, though it did not specify how the fuel contamination was discovered:

“Woodland had pre-flighted and flown the aircraft earlier in the day and added fuel just before takeoff. It was learned later that the fuel he added had water in it. Right after takeoff he experienced a serious reduction in power, then a brief surge, after which the engine died.”

The company statement is somewhat inconsistent with emergency responder and local media reports in terms of location details. The company reported Woodland “was over a lake adjacent to the factory and was climbing when he lost power,” though emergency responders described a location about four nautical miles east of the factory. Woodland and his passenger were found walking along McAlister Road in West Union, South Carolina, near where Woodland had attempted to land on “a newly constructed residential street,” according to first responders and the Independent Mail newspaper.

Woodland did not immediately respond to emails from AOPA requesting more details.

The NTSB noted fuel contamination in the 2006 crash of a Just Aircraft Highlander flown by a private pilot headed to a show. The aircraft (registered to a limited liability company) had been issued a special airworthiness certificate along with a "production flight testing operating limitation for light sport aircraft" five days before the accident, according to the NTSB factual report. The pilot had just made a precautionary landing after partial power loss, followed by two successful run-ups. The pilot lost power during climbout and crashed into trees near the road on which the factory is located. Investigators found fiberglass fibers consistent with fuel tank construction materials had clogged both fuel pumps.

The latest NTSB investigation opens as the agency continues to investigate a March 31 accident involving another Highlander flown by Gary Schmitt, a partner in the company, with a passenger who was along for a demonstration flight. Both Schmitt and his passenger were airlifted to a hospital for treatment. A preliminary NTSB report on that accident includes witness statements that Schmitt appeared to add power and was traveling faster than normal on final approach to the company’s 450-foot runway. That turf strip slopes 50 feet upward from west to east, and directly toward the two-story factory 100 feet beyond. A witness told investigators that the pilot added power before the aircraft “ballooned” over the building, and then appeared to add full power. The aircraft hit adjacent trees after clearing the building and came to rest in a wooded ravine. The nearest weather station (10 miles away) reported winds from the west at 12 knots gusting to 21. A determination of probable cause is pending.

Woodland, describing his Aug. 2 mishap to the Independent Mail, vowed to be back in the air the following day.

“These things happen, it wasn’t a major deal,” Woodland told the newspaper. “Everyone was OK and walked away.”

AOPA Pilot Editor at Large Dave Hirschman flew the SuperSTOL with Woodland for a 2014 feature on the popular aircraft. The company introduced an upsized SuperSTOL Stretch XL this year. 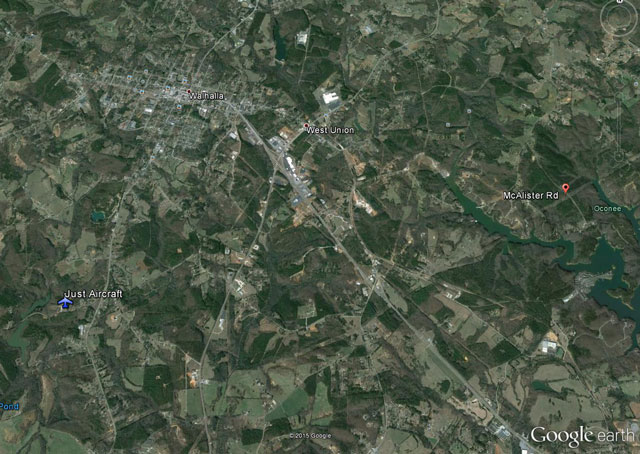