Get the app Get the app
AOPA Members DO more LEARN more SAVE more - Get MORE out of being a pilot - CLICK HERE
News & Media Training Tip: Spotting 'hangar rash' 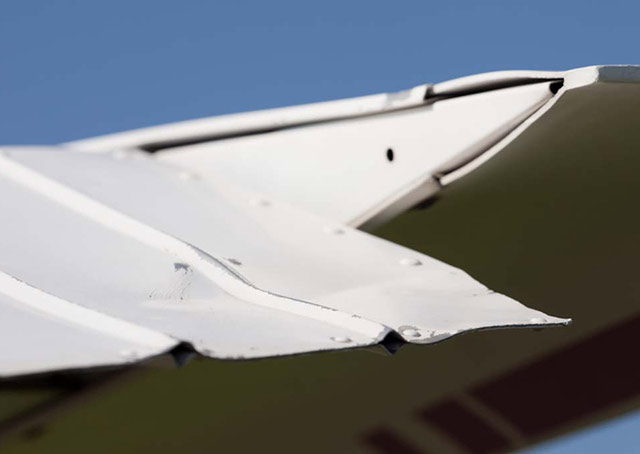 When AOPA reported  on the fun being had by the people teaching and learning aviation at a flight-themed summer camp in North Carolina, the camp’s director, MayCay Beeler, had this to say about the Liberty XL2 airplane that she was using to take campers aloft: "This is an airplane they can be excited about—beautiful, a sense of new, no hangar rash."

What is hangar rash? Is it a cosmetic condition, or a syndrome that subverts safety?

You won’t see hangar rash among the officially sanctioned terminology organized for easy reference in the Pilot/Controller Glossary (although hangar rash does have its own Wikipedia entry).

Wiki’s description of hangar rash certainly is a passable characterization: "Hangar rash is an aviation term that refers to minor incidents involving damage to aircraft that typically originate due to improper ground handling in and around a hangar, other aircraft or objects on the ground."

As that passage implies, hangar rash may occur when the aircraft’s owner or pilot is absent and unable to protect it. Aircraft crowded into shared hangars, or stored in locations where they must be moved frequently, are especially vulnerable.

Hangar rash may be stealthy, occurring in unlikely locations on an airframe. In one freakish example, the rotating beacon atop a Cessna 172’s tail contacted the top of a hangar doorway and cracked when the airplane’s nose strut compressed, bringing the tail up, as the aircraft was being removed from the hangar.

Make sure your preflight inspection includes a careful watch for the dings, dents, and other damage that your trainer could suffer from adverse handling, or even from another aircraft contacting it while being towed or maneuvered by hand nearby. Hangar rash has been a subject of online aviation conversations.

Hangar rash in its many guises is something to spot and evaluate when performing an inspection of an aircraft you or your flying club may be interested in buying. (A recent listing for a Cessna 182 for sale contained this note: “Some hangar rash to wings but all new parts used in repairs back in 1980's.”)

Although you would expect more evidence of hangar rash on an older aircraft, its presence or absence helps tell the tale of any aircraft’s past life on the ground. But looks are deceiving, so be wary, and rely on the aircraft’s maintenance records, and a trusty mechanic’s opinion, at decision time.