Get the app Get the app
Already a member? Please login below for an enhanced experience. Not a member? Join today
News & Media High altitude, thin margins 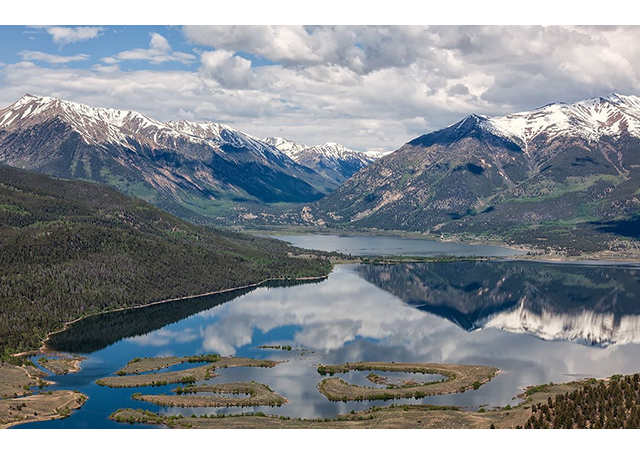 At 9,934 feet msl, Colorado’s Leadville-Lake County Airport holds the title of North America’s highest public-use airport. The high elevation and even higher density altitude in the summertime make the field a popular training site for military pilots preparing for high, hot, and heavy operations in combat, and for civilian pilots up to the challenges of reduced engine and aerodynamic performance at altitude. Approaching the field on a warm summer morning may make some pilots nervous.

“They think there’s something magic going on,” explained Peak Aviation Center Assistant Chief Flight Instructor Jim Van Namee. “Obviously, you’ve got to respect the wind and the density altitude’s effect on the performance.” But, he added, “It’s just a runway.”

Flying west from Colorado Springs, the majestic 14,114-foot-msl Pikes Peak is just the beginning for pilots looking to explore the breathtaking scenery of the Front Range while learning valuable lessons in density altitude, weather, and flight planning. Flying through mountain passes and into high-altitude airports puts into practice many of the principles you learned in ground school, but the margins are slimmer than in flatland flying—making mountain-flying-specific instruction a wise move for anyone planning to fly in the mountain environment.

One of the first lessons to make itself clear was that a casual attitude toward density altitude just won’t fly in the mountains. Even at Colorado Springs’ field elevation of 6,187 feet, the Cessna 172SP accelerated slowly on a warm summer morning, requiring a longer ground roll to begin its shallow climb. That’s of little concern in a lightly loaded trainer at Colorado Springs’ 11,000-foot runway, but failing to plan for the effects of density altitude—including the need to lean for high-altitude operations—may put obstacle clearance in jeopardy at many smaller mountain airports. On approach at Leadville, Van Namee underscored the effects of density altitude again: Airspeed control is important, as increased true airspeeds at altitude will lead to longer landing rolls.

Pilots at Colorado Springs know to be back before the heat of the day, when aircraft performance degrades from higher temperatures and clouds begin to build. Pilots must also beware rapidly changing weather conditions and the interaction of winds with mountainous terrain. High winds at mountain weather reporting stations strongly suggest a “no-go” call; downdrafts may exceed climb performance on the leeward side of ridges, which warrant a healthy altitude buffer when crossing. 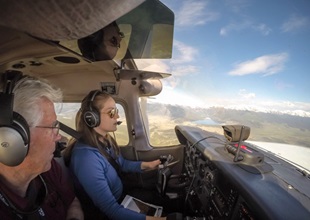 With an aircraft operating close to its limits in an area of unpredictable weather and sparse communications, flight planning and preparation become paramount. Van Namee said common mistakes include not preflighting the flight, including the takeoff and landing, and not wearing the right clothes. Postponing a return flight because of weather or landing off airport in the mountains may leave a pilot and passengers in cold, inhospitable terrain, so reconsider any inclination to wear shorts, a T-shirt, and flip-flops. “If we see it, we stop it,” Van Namee said.

The planning and preparation pays off with a view of snowcapped peaks, geological formations, lakes, and more. Pikes Peak dominates the scenery near Colorado Springs, and pilots get a special perspective on “America’s Mountain.” Circling to gain altitude is a nice excuse to enjoy a prolonged view of the distinctive red rock formations of Garden of the Gods, and flying gives the perfect vantage point to marvel at the Royal Gorge Bridge, suspended 956 feet above the Arkansas River. Pilots can take special satisfaction in the sights knowing that they have expanded their flying envelope and risen to the challenge of a demanding new type of flying.

AOPA comes to Colorado Springs for an AOPA Fly-In Sept. 26. RSVP online to reserve your meal ticket and let the association know you’re coming. This AOPA Fly-In has been made possible by a generous grant from the AOPA Foundation. Visit foundation.aopa.org for more details. 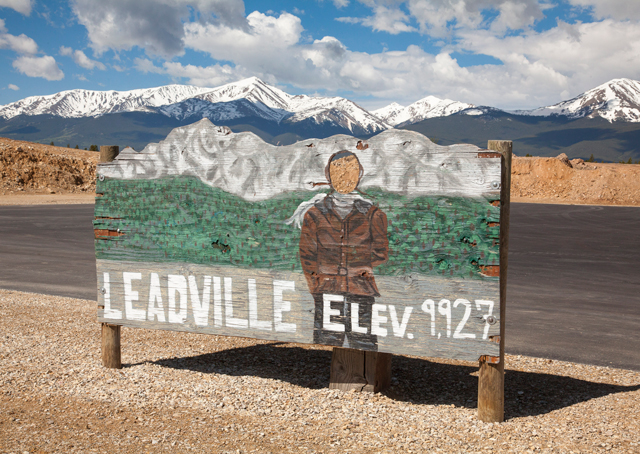 Brush up on mountain flying

The Air Safety Institute’s Mountain Flying online course introduces pilots to the challenges of mountain flying and offers ways to minimize the risks.