Get the app Get the app
Already a member? Please login below for an enhanced experience. Not a member? Join today
News & Media AOPA honors Flight Training Excellence Award winners 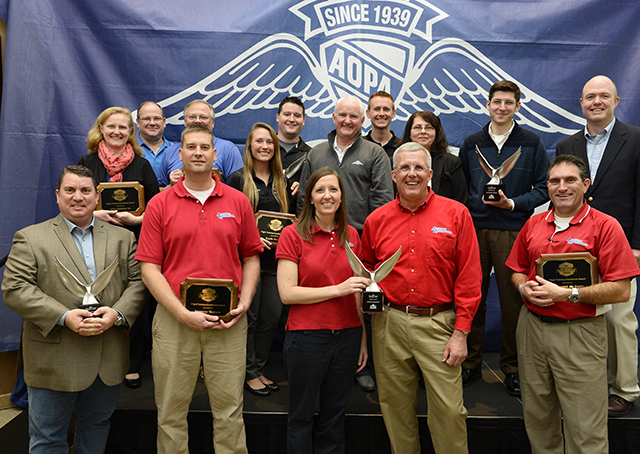 Winners of the 2015 Flight Training Excellence Awards, presented by Flight Training magazine, shared aviation training success stories and accepted silver-winged trophies and plaques for their accomplishments during a ceremony at AOPA headquarters in Frederick, Maryland, Dec. 2.

AOPA President Mark Baker spoke informally with honorees before flight school winners and individual instructors accepted awards for their accomplishments. They were also the center of attention for fellow pilots, family, and friends who crowded around the group to snap photos and shake hands near the association’s familiar blue-and-white winged banner while their names filled a nearby video screen. 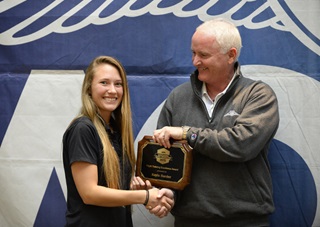 To pick the winners, members of the association’s You Can Fly initiative, which supports flight schools and flying clubs, tallied the results from more than 7,300 volunteer online poll respondents focusing on four key factors: education, quality, customer focus, community, and information sharing.

Baker shared insights with the group during an informal breakfast and met with each one to personally thank them for their contributions growing the overall aviation population through education, hard work, inspiration, and just plain fun.

“The Flight Training Excellence Awards were created to recognize those who are "doing it right" in providing a great aviation experience for their customers,” Baker said.

He announced the winner of the AOPA President's Choice Award as Paragon Flight Training from Fort Myers, Florida. “One of their customers even described how they took care of his dog while he flew.”

Ian Twombly, editor of Flight Training magazine and a certificated flight instructor, presented Outstanding Flight School awards to Valley Aviation, of Kingston, Pennsylvania, and the Wings of Carolina Flying Club, from Sanford, North Carolina. Debra and George Charles Allen of AeroVenture Institute in Central Massachusetts received the Best Flight School award for their family-run facility. Twombly said he had high respect for all of the submissions.

Several of the flight schools had unique approaches that built up camaraderie with their students in a pleasant and welcoming environment. Some used personal recognition for significant milestones and others presented new approaches to solve common problems among students.

Chris Schoensee, an instructor at Paragon  Flight Training, said their President’s Choice Award-winning program uses a large wall sign to celebrate students' solo flights rather than a cut T-shirt to commemorate the event. 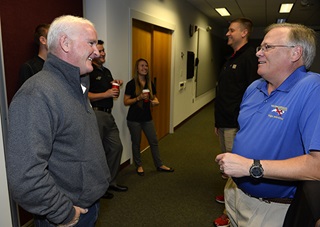 Wings of Carolina Flying Club’s Jay Nabors said the club's students are required to attend maintenance insight sessions at least twice a month where he can spend hands-on time with them deciphering technological or maintenance procedures. During meetings at Raleigh’s Executive Jetport at Sanford-Lee County Airport, Nabors teaches the group how to pull spark plugs from an engine and then displays a handful of the carbon-fouled devices to help students visualize the consequences of rich idling. He said it drives home the lesson because students better understand why they should pay attention to details like proper leaning techniques during taxiing.

Best Flight Instructor winner Todd Shellnutt, who is also a designated pilot examiner operating out of DeKalb-Peachtree Airport in Atlanta, topped 1,533 nominations in the category. Shellnutt said he took things a step further by initiating the nation’s first CFI development program to help instructors focus on their own careers using coaching methods for professional resume development and networking skills.

Chris Moser, AOPA program manager for flight training initiatives and a longtime educator as well as a flight instructor, hosted the awards program. Moser said the power of having a great teacher is “someone who teaches students not just their content area, but also one who pushes them to grow as a person. Flight training can be a life changing event that builds confidence by seeing what we are able to accomplish, introduces us to a welcoming new community, and can inspire us with endless opportunities for new adventure.”