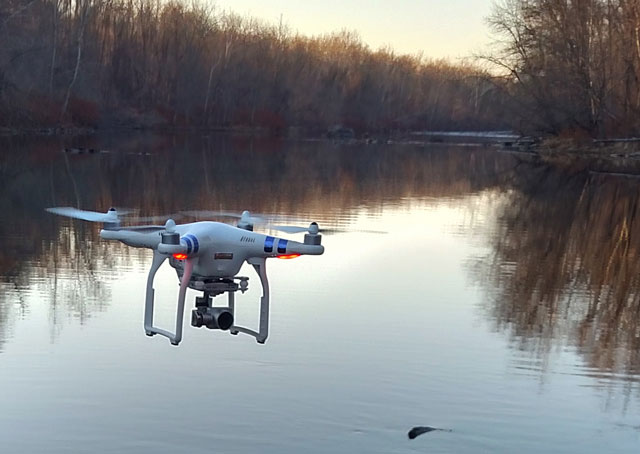 The owners of recreational drones weighing between 250 grams and 55 pounds will have to register their aircraft with the FAA before making their first outdoor flight under new rules announced Dec. 14.

In a news conference announcing the rules, Secretary of Transportation Anthony Foxx and FAA Deputy Administrator Michael Whitaker emphasized that the safe integration of unmanned aircraft and other emerging technologies into the national transportation system is a top priority and that the registration requirement is intended to have both enforcement and educational components.

In explaining the rationale for registration, Whitaker pointed out that until recently the only people with access to the airspace system were highly trained pilots. The increase in the number of drones now flying means there are thousands of new airspace users with little or no aviation experience. The emphasis, he said, is on compliance not punishment.

Citing a statutory requirement that the FAA charge for registration in a way that will offset the cost of the registry, the agency set a $5 drone registration fee—the same fee for any aircraft, manned or unmanned. But to encourage prompt registration of existing drones, that fee will be refunded for owners who register their aircraft within 30 days of Dec. 21, the date the online registration system is set to become operational. In addition, recreational drone owners can register an unlimited number of aircraft under a single registration number, meaning they need to pay only once regardless of the number of aircraft they own.

To register a drone, owners will need to visit a website, provide their name, physical address, and email address. They will also need to provide a credit card for the $5 registration fee. Children must be at least 13 years old to register a drone; younger children will need an adult to register on their behalf. Registration will be valid for three years and owners will have the capability to deregister aircraft that are sold or taken out of service. Because the website is still in beta testing, the FAA has not yet released the URL, but has said it will do so no later than Dec. 21. Owners will also be able to access the registration website through www.FAA.gov.

“The vast majority of drone operators want to fly safely and follow the rules,” said Jim Coon, AOPA senior vice president of government affairs. “The challenge now will be to give owners the information they need to do that. Hopefully the registration process will serve as a first step in bringing this new class of aviators into the fold so we can share information and make adjustments as unmanned aviation continues to evolve.”

To educate drone pilots about the registration requirements and the rules governing their operations, the FAA said it is working with manufacturers to include information in product packaging, using social media, and running public service announcements on scoreboards during some NFL games. The agency said it is committed to additional outreach efforts to educate the public.

Under current regulations small recreational drone operators must fly below 400 feet, keep their aircraft in sight, and avoid flying over groups of people, stadiums, or sporting events. Pilots who want to operate within five miles of an airport must contact the airport or control tower in advance.

The announcement of the registration rules comes just three weeks after a task force that included AOPA provided formal recommendations on what the rules should cover. The task force focused on producing recommendations that would encourage compliance by making registration easy and inexpensive while including an educational component to help drone owners understand the rules affecting their operations.