Get the app Get the app
AOPA will be closing at 2:30pm ET Wednesday, November 23rd, and will remain closed Thursday and Friday in observance of the Thanksgiving holiday. We will reopen Monday November 28th at 8:30am ET.
AOPA Members DO more LEARN more SAVE more - Get MORE out of being a pilot - CLICK HERE
News & Media Full Senate passes medical reform 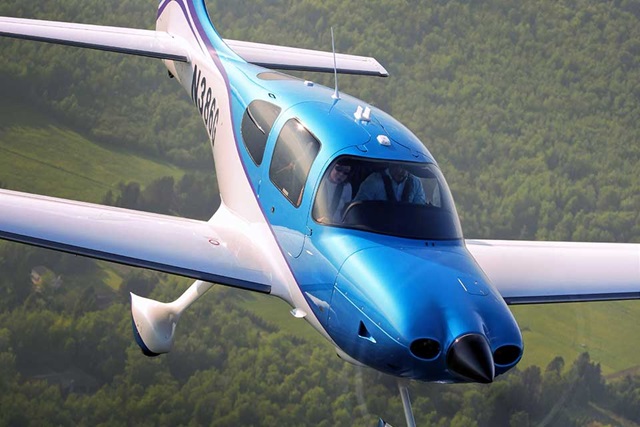 The full Senate has passed the Pilot’s Bill of Rights 2, which will now go to the House for consideration. The Senate passed the bill, which includes third class medical reform, by unanimous consent on Dec. 15, less than a week after it was reported out by the Senate Committee on Commerce, Science and Transportation. The House must also pass the bill before it can go to the president for a signature.

“This is an enormous step toward getting long-awaited third class medical reforms, and we’re excited that the Senate has moved so decisively to get this done,” said AOPA President Mark Baker. “Without a doubt this has been a real fight, but the passage of the Pilot’s Bill of Rights 2 shows that members of the Senate recognize the value of supporting the general aviation community. This legislation will help hundreds of thousands of general aviation pilots by saving them time, money, and frustration while giving them tools they need to take charge of their health and fitness to fly.”

The bill must also pass the House, where it has 152 bipartisan cosponsors, before it can go to the president for his signature.

“These reforms are vital to the future of general aviation, and we are grateful for the leadership of Senators Jim Inhofe and Joe Manchin as well as Senators John Thune, Bill Nelson, and the 71 bipartisan cosponsors who have made this possible,” said Baker.

Under the medical reforms of the Pilot’s Bill of Rights 2, most pilots who have held a valid third class medical, either regular or special issuance, within 10 years of the legislation’s enactment would never need to get another FAA medical exam. The rule would apply to pilots flying VFR or IFR in aircraft weighing up to 6,000 pounds and carrying up to five passengers at altitudes below 18,000 feet and speeds up to 250 knots.

Pilots who develop certain medical conditions, including a small list of specific cardiac, mental health, or neurological conditions, will have to get an FAA special issuance medical one time only, significantly reducing the time and money spent navigating the FAA’s medical bureaucracy.

After pilots have met these requirements, they will need to visit their personal physician once every four years for a medical exam. Pilots will need to fill out a form and provide it to the doctor performing the exam. The pilot must make a note of the visit and keep the signed form in his or her logbook.

The form will include a short medical history questionnaire as well as a list of items the doctor must include in the examination. Following the exam, both the physician and the pilot must sign the form verifying that the items were examined and discussed.

During deliberations prior to passage of the bill by the full Senate, language was added requiring the physician to certify that he or she is not aware of any medical condition that, as it is currently being treated, would interfere with the ability to fly safely.

AOPA and the Experimental Aircraft Association are committed to working with doctors and medical organizations to ensure that physicians understand the intent of the form and are comfortable with the requirements so they can keep their patients well and flying.

The process of bringing the bill this far has been one of compromise and negotiation.

“This is a big milestone, and our members deserve credit,” said Jim Coon, AOPA senior vice president of government affairs. “In a climate where only about 3 percent of all bills introduced in Congress actually become law, this is a significant step forward. And while the legislation is not everything we might wish for, it will make a big difference for many, many pilots.”

Unlike today’s third class medical, the new exam and form will not require the doctor to make a “pass/fail” judgment, and no information about the exam needs to be provided to the FAA unless it is specifically requested. The FAA can request additional information from a pilot if it receives credible or urgent information, including information from the National Driver Register or the FAA Safety Hotline, that the pilot may not be able to safely operate an aircraft.

In addition to the medical exam by a personal physician once every four years, pilots will be required to take a free online education course on aeromedical factors every two years. The course will be designed to increase awareness and understanding of medical factors that can affect a pilot’s fitness to fly.

For more information about the legislation and how it pertains to you, visit AOPA’s frequently asked questions.