Get the app Get the app
AOPA will be closed July 4th, in observance of the Independence Day holiday. We will reopen at 8:30 am ET on Tuesday, July 5.
News & Media Flying Musicians Association opens 2016 scholarship 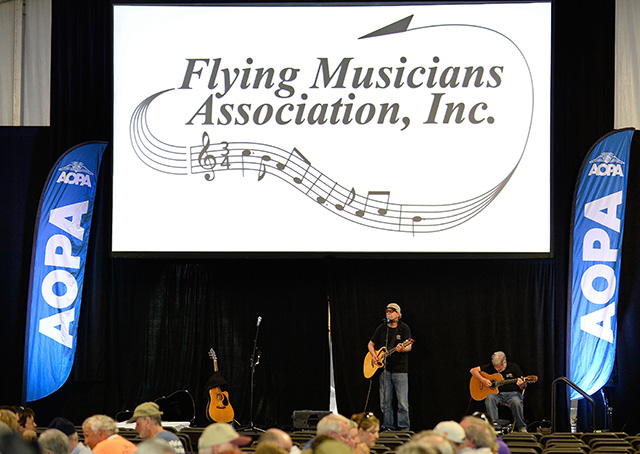 For the second year in a row, the Flying Musicians Association is helping high school musicians soar to new heights. John Zapp, the organization’s founder, an RV-6A pilot, and an accomplished saxophone player, announced the opening of the 2016 FMA Solo Program scholarship Dec. 16, continuing the organization’s involvement with young musically inclined aviators.

Zapp told AOPA that the organization’s musicians and pilots provide mentorship, encouragement, and financial resources to help high school students achieve their goals. He said efforts like the solo scholarship make a difference in growing the pilot community.

“I’m very pleased that SkyTec, Sporty’s, and MyGoFlight are on board,” Zapp said, adding that he would like to see more “aviation businesses jump on the FMA bandwagon.” MyGoFlight supplied flight bags, and Sporty’s Pilot Shop donated its Learn to Fly courses to the program.

“Let’s face it, without new pilot starts, the business of flying has no future,” wrote Sky-Tec Flyweight Starters General Manager Rich Chiappe. “We should all be planting seeds—constantly.”

“We stay in touch, that’s the whole thing about this scholarship,” Zapp said. “People are mentoring Drew in his music and his aviation, and the folks at the flying club have almost adopted him. He’s a high school senior now and hopes to get his private soon. Drew is working on the [FAA] written and logging some hours for the practical while he balances his schoolwork. He’s been accepted at Purdue University’s engineering program, but his ultimate goal is the U.S. Air Force Academy.”

“It was an incredible feeling,” Medina wrote in his blog after completing his solo flight in a Piper Archer in October. He said he could not have imagined his dream of flight would converge with music. The saxophonist was one of five finalists from four states in 2015 and he has logged nearly 30 hours of flight time while juggling school, flying, and music responsibilities.

The inaugural solo-scholarship winner will be honored at the 2016 U.S. Sport Aviation Expo in January when Medina delivers a presentation about his musical and aviation journey prior to performing for fellow pilots. “He’s putting together a jazz combo at school with his buddies, and that’s a big deal,“ said Zapp.

Zapp, a frequent musical contributor at AOPA’s Regional Fly-Ins and other aviation events, said music and aviation have a lot in common because both pursuits require precise timing, confidence, and constant practice. “It’s very true that picking up an instrument helps stimulate the brain, and so does flying.” 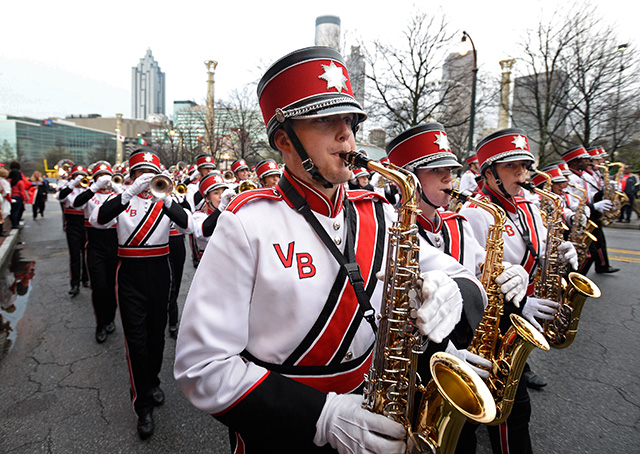