Get the app Get the app
We will be performing maintenance on our systems Sunday, 8/21, beginning at 12:00 A.M. ET and ending at 6:00 A.M. ET. During this time, you may experience intermittent service outages. We appreciate your patience.
News & Media P&E: On Instruments 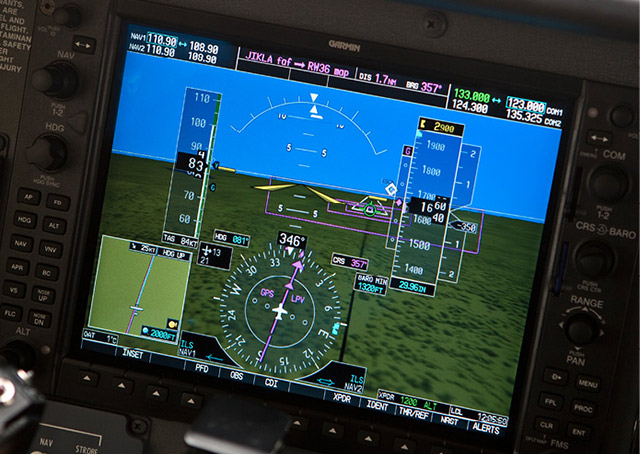 Stand by for your clearance

Let there be no doubt: We fly in a GPS-dominated environment. For most of us, GPS is used as a sole-source means of en route navigation. And RNAV GPS-based arrival, approach, and departure procedures are becoming more mainstream. While it’s been 21 years since the first quasi-GPS approaches were overlaid on VOR and other VHF-based approaches, and 12 years since standalone RNAV (GPS) approaches have been augmented with the additional satellites and ground stations necessary for the refined accuracy of WAAS (Wide Area Augmentation System)-enhanced guidance, it’s worth reviewing RNAV (GPS) approaches with an eye to their specifics—as well as their gotchas.

Technical Standard Order C129a (non-WAAS) versus WAAS GPS. If you are flying with an older, C129a non-WAAS GPS receiver, then you face some important restrictions. First, you must make a preflight RAIM (receiver autonomous integrity monitoring) check for satellite availability and integrity along your projected route of flight if any segment uses only GPS for guidance. That includes T-routes (RNAV routes below 18,000 feet); Q-routes (RNAV routes above 18,000 feet); plus RNAV SIDs, STARs, or ODPs (standard instrument departures, standard terminal arrivals, and obstacle departure procedures, respectively). Go online (http://sapt.faa.gov) for this information.

Additionally, the airplane must be equipped with VOR and ILS equipment in order to file IFR, and the entire flight must be able to be conducted without GPS. And when it comes to naming an alternate airport, a GPS approach can be planned for either the primary or alternate airport—but not both.

With WAAS GPS navigation, life is easier. Yes, you have to make a preflight check of WAAS notams for potential issues and outages affecting your flight. If there are any, then you must do a preflight RAIM check. If not, then your WAAS GPS receiver should warn you in flight of any signal unreliability. Another aspect of having a WAAS GPS receiver on board is that you can legally (if not wisely) fly IFR using it as a standalone source of navigation data, without any VOR/ILS receivers—unless, of course, they are required for an approach at the destination or alternate airports.

LNAV (lateral navigation) approaches. These are nonprecision approaches, meaning they don’t provide vertical guidance. They are similar to VOR approaches in that a minimum descent altitude (MDA) is posted on the approach plate, usually with minimums of 400 to 500 feet and one mile visibility. WAAS reception is not required for LNAV approaches, meaning that preflight RAIM checks must be made when not using WAAS equipment.

LNAV+V (lateral navigation with an advisory glideslope) approaches. Don’t let that “+V” fool you. This is a nonprecision, WAAS LNAV approach with an artificially created, purely advisory, calculated vertical guidance. GPS manufacturers provide this extra feature and often call the vertical component a “pseudo glideslope.” So you’ll never see “LNAV+V” on an approach plate because it’s not an official FAA approach type. Even so, many autopilots are able to couple to the pseudo glideslope and give you lateral and vertical guidance that mimics the cues—and comforts—of an ILS.

And there’s the trap. Pilots can be easily tempted to fly the LNAV+V right down to the runway, but this can be dangerous. The pseudo glideslope may be set up to intercept a vertical descent point or the runway touchdown point, but it’s up to you to respect any step-down fix minimum altitudes and, most important, descend only to the published LNAV MDA. This is the only way to ensure safe clearance from terrain or obstacles. Another problem crops up if you fly past the MDA and then have to fly the missed approach procedure. Because you are now past the legal missed approach point, any turns you make can put terrain or obstacles in your path.

LP (localizer performance) approaches. As the name suggests, this is an approach with conventional, localizer-like lateral accuracy and no vertical guidance. It’s a WAAS nonprecision approach with a decision altitude (DA), published for airports with terrain or obstructions that prohibit the more precise, vertically guided LPV approaches. Decision altitudes are missed approach points described in terms of altitude above mean sea level—as opposed to decision heights (DHs), which are referenced to heights above ground level as measured at the touchdown zone.

LNAV/VNAV (lateral navigation/vertical navigation) approaches. These approaches have both lateral and vertical guidance, with the vertical component calculated either by a WAAS receiver’s internally generated glideslope, or barometric data from the airplane’s altimeter or flight management system’s navigation and air data system. With this barometric vertical navigation (Baro-VNAV) function, the number of standard, WAAS-required GPS satellites received is reduced from five to four. With Baro-VNAV, a vertical path is also computed between two waypoints along the final approach course, or created as a single angle from an originating waypoint along the course. But because nonstandard temperatures create errors, there may be higher minimums or other restrictions on baro-aided LNAV/VNAV approaches, so pilots should be aware of any temperature limitations—especially in cold conditions when glideslopes decrease in altitude. LNAV/VNAV approaches are published with DAs.

LPV (localizer performance with vertical guidance) approaches. This is the most precise of all the WAAS approaches, with both lateral and vertical guidance. By design, their accuracy and course sensitivity closely match those of ILS approaches, and a decision altitude will be published. Typically, LPV minimums are published with 200-foot DAs and half-mile visibilities. So if there’s instrument weather—especially low IFR conditions—at your destination, then an LPV approach is your best bet.

One nice thing about WAAS approaches is that WAAS GPS receivers do a final signal integrity test 60 seconds before the final approach fix. If the test reveals less-than-optimal signal quality, annunciations will tell you—and you’ll see an “approach downgraded—use LNAV minima” message. Now you must fly the associated LNAV, nonprecision approach to the prescribed MDA. LP approaches are not the fail-down mode for an LPV approach. Typically, when an approach downgrades it will do so to an LNAV approach, meaning no glideslope.

If the signal test fails altogether, then you’ll get a red warning flag and a message such as “abort approach—navigation lost.” This is, of course, your cue to perform a missed approach immediately and advise ATC of your problem. But you have to ask yourself: Was it the GPS satellite network that’s not up to snuff, or is it my receiver? This is a major problem if you have just one WAAS GPS receiver. With a two-receiver setup you can compare one against the other to find the answer. More trouble lurks during the missed approach: With a single GPS, you may have no guidance whatsoever! This is when having a VOR receiver or two, or even—gasp—an ADF could save the day.

This has been a general review of a complicated topic. For specific information, consult your avionics manufacturer’s pilot’s operating handbook. Another must-read is the FAA’s Instrument Procedures Handbook (FAA-H-8083-16). Still more quality operational advice is available from presentations by Andrew Knott of the TBM Owners and Pilots Association and in Max Trescott’s GPS and WAAS Instrument Flying Handbook.