Diesels on the cusp

By even the most optimistic estimates, it will take at least two more decades before Jet A becomes a dominant fuel in the U.S. piston aircraft fleet. 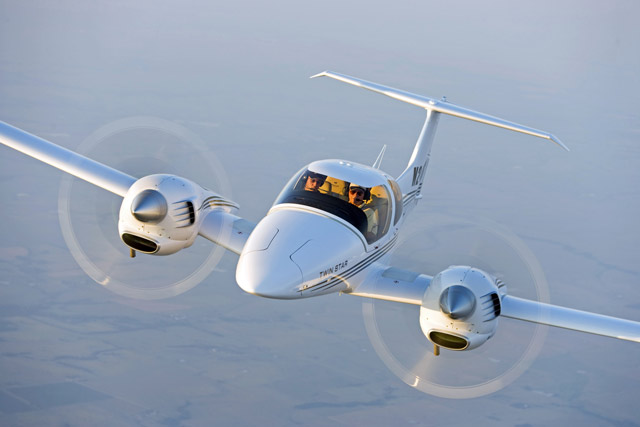 By even the most optimistic estimates, it will take at least two more decades before Jet A becomes a dominant fuel in the U.S. piston aircraft fleet—despite some significant advantages that have made compression-ignition (diesel) aircraft engines an appealing alternative to avgas, particularly for high-use operators who log hundreds of hours on a given airframe in a year. For starters, jet-fuel-burning engines typically are more efficient, both in terms of fuel consumption and the comparatively low cost of jet fuels—a price difference that grows extreme in remote and far-flung markets, and drives the intense overseas interest in jet-fuel power.

Aviation analyst Brian Foley of Brian Foley Associates predicts that the North American aviation market for both turbine and piston aircraft—which once represented nearly three-quarters of worldwide aviation—will, in future years, continue to represent half of the world market, or less. That shift has already happened, giving companies and investors more incentive than ever to invest in propulsion technology suited to places where avgas is in short supply, extremely expensive, or both.

“As a result that offshore market is probably more important than ever,” said Foley. China, which is only beginning to develop general aviation infrastructure, has invested heavily in compression-ignition, and various jet fuel formulations are widely available there already. “That’s a pretty smart move they made, in my opinion.”

Many aircraft are now flying behind diesels, new certifications are pending, and 2015 could prove to be a turning point.

Under Chinese ownership since 2010, Continental Motors Group remains the market leader in diesel for aviation, with more than 4 million hours flown by more than 4,000 powerplants. Continental rebranded three different engine lines under the Continental Diesel banner in 2014: the 100-series CD-135 and CD-155 (formerly the Centurion 2.0 and 2.0S), the CD-200 series engines (formerly the TD-300) in 230- and 245-horsepower versions, and the 310-horsepower CD-300. The CD-230 was certified by the FAA in 2012; the company announced certification of the CD-230 in China in July 2014.

The CD-135 and CD-155 are physically identical, differentiated in power output by the software of the full authority digital engine control (FADEC) system, along with required modifications to the turbocharger and cooling system to support the higher power output of the CD-155 (155 horsepower, compared to 135 horsepower from the CD-135).

The CD-100 series engines found new homes in 2014 when Mooney announced new aircraft—the M10T and M10J—in November 2014, with expected certification in 2017. Cessna Aircraft announced a Jet A-burning 172 JT-A in July 2014 that will use the CD-155, offering a factory option to compete with the CD-135 retrofit programs from Redbird and Premier Aircraft Sales.

Finally, Piper Aircraft announced European certification of the Archer DX in April 2014, also using the CD-155. The Archer DX retails for $399,495, with deliveries expected to begin in 2015. Piper also will offer a CD-155 retrofit option.

Continental spokesman Sebastian Wentzler said the company is working to extend the life of the CD-100 series, which is short: The CD-135 has a time between replacement (TBR) of 1,500 hours, and the CD-155 has an even shorter replacement interval of 1,200 hours. Engines undergo destructive analysis at the factory to build the knowledge base (which will in turn help Continental make the case to regulators for a longer service life in the future). Furthermore, the cylinder surfaces have a coating which cannot be honed, and the design is “too complex for a simple workshop to overhaul,” Wentzler noted. The company has contemplated introducing a rebuild (overhaul) program in the future, “but increase of lifetime has priority.”

A CD-135 costs $55,000 to $60,000 in a gasoline engine replacement scenario, including all necessary parts (such as a new propeller, engine instruments, engine mounts, and other parts) depending on the aircraft, while the CD-155 costs $63,000 to $70,800 for the same initial installation kit (dollar amounts converted from Euros). A replacement CD-135 costs a little over $40,000 (excluding taxes, shipping, and labor), while the replacement CD-155 would cost just under $46,000 (with the same exclusions). Older Centurion engines can be upgraded for prices somewhere between the aforementioned scenarios, Wentzel said.

The French firm SMA spent years—and $200 million or more, by some estimates—to develop the SR305-230E, which was certified by the FAA in 2011, and chosen by Cessna to power the 182 JT-A. The path to certification of that installation has not been a smooth one. Originally planned for 2013, Cessna is still working to secure certification that is now expected in 2015.

Cessna has not recently explained the delayed appearance of that $515,000 aircraft. An engine failure in 2013 forced an off-airport landing of a Cessna test aircraft, and design modifications followed. Deliveries of gasoline-powered Cessna 182s ceased in late 2013, according to data reported by the General Aviation Manufacturers Association.

DeltaHawk Engines was founded in 1996 to develop a “clean sheet” aviation diesel engine, and ran the first prototype a year later. In July 2014, the company flew to Oshkosh in a Cirrus SR20 fitted with a four-cylinder, 180-horsepower engine, the first of three variants the company hopes to certify in 2015. It also was the first time the public got a chance to see one in action.

The Racine, Wisconsin, company has developed a variety of installation kits for experimental aircraft, and designed its engines to be simple, fuel efficient, and reliable—thanks in part to minimal reliance on electronics. DeltaHawk engines are also being made for the unmanned aircraft market.

The four-cylinder version (the company has plans to produce engines with as few as two cylinders and up to eight, covering the full power spectrum for piston aircraft—and other applications) pulled the SR20 from Florida to Oshkosh in six hours, with an hour of fuel still on board at landing. The company focuses its marketing on the cost advantages of its engines over similar avgas-powered models, and expects that the 180-horsepower version will rival the performance achieved with the 200-horsepower Continental IO-360-ES that runs on avgas and is standard on the SR20.

DeltaHawk has targeted a $100,000 price for the Cirrus conversion kit.

Founded in 2007 by Diamond Aircraft, Austro Engine has since produced diesel power for a variety of Diamond models. (Diamond had previously purchased Thielert engines.) All of the four-seat DA40 series aircraft made in China are equipped with the Austro AE300 powerplant.

Diamond transitioned to the AE300 series engines beginning in 2009, a long story in its own right.

Three years after the first proof-of-concept design was complete, Engineered Propulsion Systems (EPS) flew its Graflight V-8 diesel on a Cirrus SR22 piloted by Dick Rutan, who declared it “a new paradigm in aviation propulsion” following the May 2014 test.

EPS President and CEO Micahel Fuchs and Vice President and Chief Technology Officer Steve Weinzierl said 2014 proved to be a successful year, though their clean-sheet aviation engine is still a few years from certification.

Weinzierl said more than 700 hours have been flown with the proof-of-concept versions, and “they told us all that we need to be told.” Flight tests have ceased, for now, as the company turns to developing the production model for certification testing that will likely begin in 2016.

Unlike many engine makers, particularly startups, EPS is not dependent on outside suppliers for components, Fuchs said.

“We are here in full control of any component we will put into this engine,” Fuchs said.

The company is working on the production tooling and preparing to build the first production version.

“Everything we do from now to end of 2016 is geared towards production and certification,” Weinzierl said.

While manufacturers in the United States and Europe have struggled with setbacks and technical challenges posed by compression-ignition engine development, one of the aviation power giants has waited on the sidelines—for the most part.

Lycoming Engines has yet to develop a GA diesel engine, though it quietly made inroads in the unmanned market (also a target of other diesel engine makers) with the DEL-120, a four-cylinder turbodiesel made for unmanned military aircraft.

The project attracted media attention in February 2014, apparently following years of development. It remains to be seen if Lycoming’s diesel will be adapted for GA use. Lycoming General Manager Michael Kraft said in March 2014 that development of a diesel engine for GA would be driven by OEM interest, which thus far has not materialized. AOPA