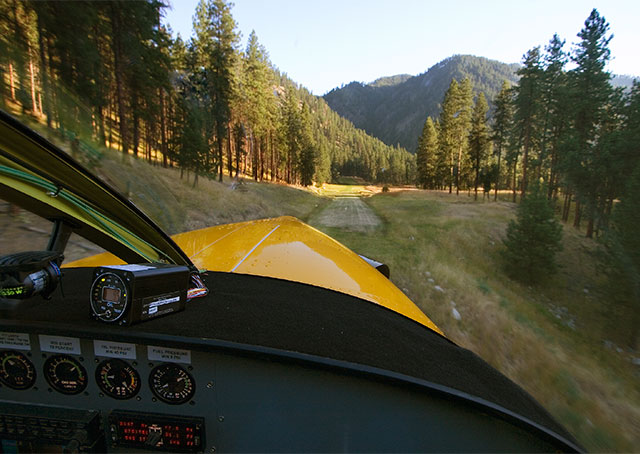 New U.S. Forest Service directives issued to guide the land-planning policies of a 2012 Planning Rule clearly designate aviation as a “legitimate mode of access” to public lands in the backcountry, said the Recreational Aviation Foundation.

The official recognition of aviation as a form of access to millions of acres of remote public lands culminated years of work by the Bozeman, Montana-based nonprofit organization, which participated in public hearings and attended meetings of a Forest Service advisory committee as an observer, as did many members and volunteers.

The directives, developed to guide the agency as it administers the Forest Service Planning Rule that was updated in 2012, will have significant impact on general aviation operations: “With responsible use of the backcountry airstrips on National Forest lands, we can be sure of continued access and enjoyment,” the Recreational Aviation Foundation said in a news release.

AOPA participated in the planning rule review process, and noted in formal comments submitted in 2013 that aviation was a minimally invasive mode of access to the backcountry and warranted inclusion in planning decision making. AOPA requested that aviation organizations be included as stakeholders “in future discussion of these issues.”

The Recreational Aviation Foundation noted the efforts of volunteers who have persevered “for years” to maintain and create public-use airstrips in the backcountry, in support of the organization’s mission of preserving access to National Forest lands.

Mark Spencer, the organization’s director of federal lands, praised the Forest Service’s willingness to engage with pilots as the new policy direction was being forged.

“This is wonderful news for the aviation community,” he said in a telephone interview. He added that “the recharting of some airstrips currently used but not on the charts” might be a near-term impact from recognizing aviation as a mode of access to the backcountry.

The Recreational Aviation Foundation “was founded in 2003 after the closures of some scenic USFS airstrips in the west. In examining the problem, it was apparent that our public lands planners included travel plans for off-road vehicles, pack animals, bicycles, hikers and boaters, but airplanes were conspicuously missing,” the group said.

Key to its success was “building relationships with the USFS, beginning with District Rangers and later with RAF leadership traveling to our nation’s Capital and building trust with policy-makers.”

U.S. Forest Service supervisors for forest and grasslands will use the new directives when developing management plans for parcels included in the 193 million acres under the agency’s jurisdiction. Nineteen national forests that have already begun to implement the revised planning rule as “early adopters” will integrate the ”approaches and techniques“ defined in the new directives into their policies, the U.S. Forest Service said.

Dan Namowitz has been writing for AOPA in a variety of capacities since 1991. He has been a flight instructor since 1990 and is a 35-year AOPA member.
Go to Dan Namowitz's Profile
Topics: Advocacy, Backcountry, Technique