Get the app Get the app
Already a member? Please login below for an enhanced experience. Not a member? Join today
News & Media Turboprop builder Quest Aircraft sold to Japanese group 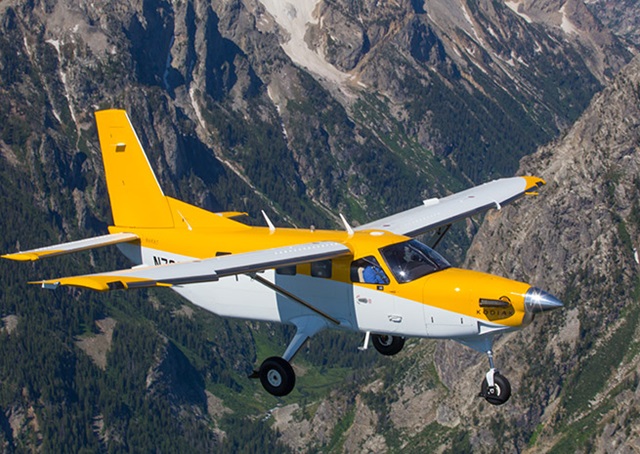 Quest Aircraft, manufacturer of the 10-seat Kodiak single-engine turboprop designed for backcountry aviation, has been acquired by Setouchi Holdings, a member of a Japanese group of companies with interests in shipbuilding, logistics, and other transportation-related industries.

Sandpoint, Idaho-based Quest announced the sale in a Feb.17 news release, noting that Quest had "positioned itself to be attractive to outside investors to help us grow the company." Quest Aircraft’s corporate headquarters and manufacturing center will remain in Sandpoint.

CEO Sam Hill and the current leadership team will continue Quest’s oversight and management. "As production ramps up and growth in other areas of the company increases, plans for both physical and personnel expansion will be developed and implemented," Quest said.

The company is best known for its 10-seat, short-takeoff-and-landing (STOL), PT6-powered Kodiak turboprop that can take off in less than 1,000 feet at a gross weight of 7,255 pounds and then climb at 1,300 feet per minute. The aircraft has proven popular with a variety of users including humanitarian and missionary aviation organizations.

The buyer, Setouchi Holdings, a member of the Tsuneishi Group, believes "strongly" in the Kodiak, and wants to "help us make Quest the leading manufacturer of single-engine turboprops in the world," he said.

“They got to know us. A privately held company is always looking for additional funding, or investors are talking to you,” she said in a telephone interview.

Although Quest Aircraft had previously made it known that it does not intend to remain “a one product company,” it was “premature” to predict an expansion of the product line, she said. For now, tapping into Quest’s newly accessible resources should enable the company to focus on the latest round of planned enhancements of the Kodiak, and perhaps allow ramped-up aircraft production beyond earlier forecasts for 2015 and later years.