Get the app Get the app
Already a member? Please login below for an enhanced experience. Not a member? Join today
News & Media AOPA connects with members at Northwest Aviation Conference 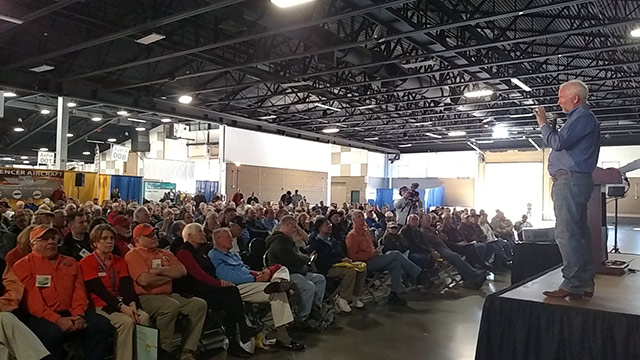 AOPA connected with hundreds of pilots, aircraft owners, and aviation enthusiasts during the thirty-second Northwest Aviation Conference held in Puyallup, Washington, Feb. 21 and 22.

The third class medical was top-of-mind for pilots who stopped by the AOPA booth as well as those who attended the keynote speech from AOPA President Mark Baker.

“I know you’re impatient. I’m not going to tell you to be patient,” Baker told a crowd of more than 300 pilots who attended his Saturday keynote address. “I’m telling you we’re going to get this done.”

Baker told the audience he was optimistic about the chances of seeing third class medical reform become a reality thanks to the support of members of Congress who understand how important the issue is to pilots and have been working on a legislative solution.

In his remarks, Baker also addressed the FAA’s mandate that aircraft equip for Automatic Dependent Surveillance-Broadcast Out (ADS-B Out) by Jan. 1, 2020, in order to continue flying in airspace where a Mode C transponder is required today. AOPA supports universal equipage and wants general aviation operators to continue to have access to the same airspace they use now, he said. But, he warned, the cost to meet the mandate must come down substantially before installing the needed equipment makes sense to the owners of tens of thousands of aircraft valued from $25,000 to $40,000.  He added that there are signs of progress, with several avionics manufacturers preparing to offer solutions priced thousands of dollars below previous offerings. 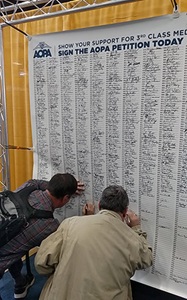 Unusually sunny skies and warm temperatures helped draw thousands of pilots and enthusiasts from throughout the Pacific Northwest to the event, which featured more than 350 exhibit spaces for aircraft, avionics, flight schools, pilot gear, and more. Participants also had the opportunity to attend 75 hours of educational seminars on topics including mountain flying, seaplane operations, aircraft maintenance, and regulations. Among the seminars was the AOPA Air Safety Institute’s “Say Again? Radio Communication Done Right” and an update on state legislative and regulatory issues presented by AOPA Northwest Mountain Regional Manager Dave Ulane and Tristan Atkins of the Washington State Department of Transportation.

AOPA also took the opportunity to bring together more than two dozen Airport Support Network volunteers from as far away as Montana, Arizona, and Alaska. The group met with Baker, Ulane, and other AOPA representatives to discuss the issues affecting their airports and share ideas for creating good relations with neighbors, airport officials, and the community at large.

“This conference is always a great opportunity to connect with our members in the Northwest,” said Baker. “The pilots we meet are passionate about general aviation and the issues that affect their flying. It’s great to be able to hear their perspectives and share news about AOPA’s work around the region and the country.” 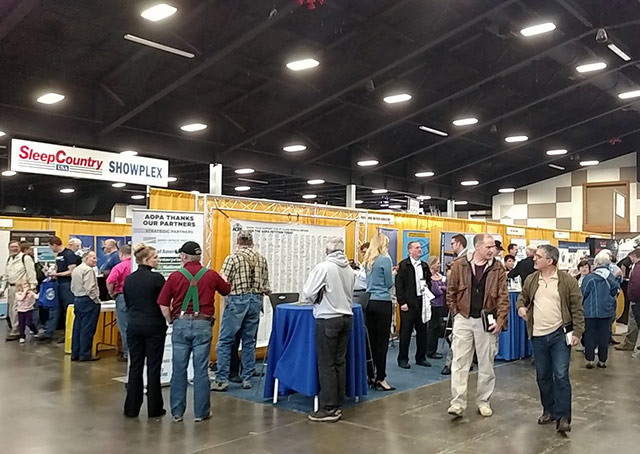