Get the app Get the app
AOPA Members DO more LEARN more SAVE more - Get MORE out of being a pilot - CLICK HERE
News & Media Learning about aviation, animal rescue at Paws and Planes Day

Learning about aviation, animal rescue at Paws and Planes Day 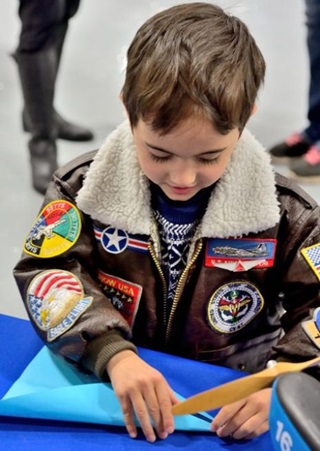 In spite of a snowstorm this past weekend, children from the Frederick, Maryland, area got a chance to climb into an airplane, fly a simulator, and meet a flying dog.

That would be Turbo the Flying Dog—a mixed-breed pooch whose owners, Victoria and Bob Zajko, adopted him from an animal rescue in West Virginia. The Zajkos flew Turbo to his new home in their Glasair in 2012, and he has been a constant aerial companion ever since. Turbo’s adventures inspired Zajko further, and she and friend Kelly Kennedy collaborated on a children’s book, Turbo the Flying Dog.

At Paws and Planes Day on Feb. 21, Turbo and his canine friend Olive held court in the AOPA National Aviation Community Center at Frederick Municipal Airport. The dogs posed for photos with their young fans. Meanwhile, children built airplanes with representatives from the College Park Aviation Museum, learned about the phonetic alphabet, and tried on headphones to practice radio-speak with the members of the Sugarloaf Chapter of The Ninety-Nines (International Organization of Women Pilots).

Warm and dry inside the National Aviation Community Center, visitors also got an opportunity to climb inside one of AOPA’s Cessna Skyhawks and fly a Redbird full-motion simulator or an AOPA Jay simulator. Some aspiring young Sean Tuckers and Patty Wagstaffs whooped with excitement as they attempted to fly virtual airplanes upside down on the Jays.

Gene and Jen MacFarlane drove in from nearby Mount Airy so that their daughters, Noel and Holly, could learn about aviation and meet Turbo. Noel and Holly took turns climbing into the Skyhawk and collected stamps on a passport as they visited each learning station.

“I was so surprised to see how many parents braved the storm to give their children a taste of the aviation industry,” Zajko said. “It was wonderful seeing the children not knowing what to do first: Climb in an airplane or go visit with the stars of Turbo the Flying Dog?”

Turbo the Flying Dog is aimed at children ages 4 through 8. The second book in the series, Turbo Learns to Fly, features Kennedy’s rescued dog Olive as Turbo’s flight instructor. It is expected to be released in summer 2015.

AOPA’s National Aviation Community Center is intended to be a welcome gateway to the airport and a path for bringing new people of all ages into the pilot community. To learn more about what can be done to make airport visits fun and flying more accessible at your local airport, see the website. 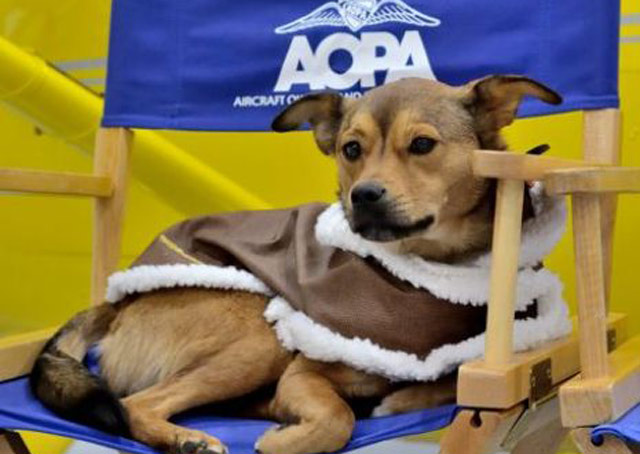