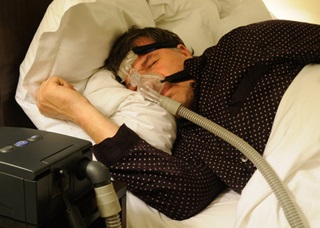 The video stresses that a pilot’s medical certificate should only be deferred or denied if there is clear evidence of an immediate safety hazard, which is rare when dealing with sleep apnea, and that body mass index (BMI) alone is not grounds for deferral.

Under the new policy, AMEs will be asked to screen pilots for sleep apnea risk and record their findings on the AME portion of the MedXpress form using new selection boxes, which are shown in the video. Additionally, as announced Jan. 23, risk of obstructive sleep apnea will be determined through an integrated assessment of the pilot’s medical history and symptoms as well as physical and clinical findings. To assess each pilot’s risk, AMEs will rely on guidance published by the American Academy of Sleep Medicine, which has provided charts listing signs and symptoms that could indicate potential sleep apnea.

“The effectiveness of the new policy will depend on how aviation medical examiners implement it,” said Rob Hackman, AOPA vice president of regulatory affairs. “We’ll continue to monitor the process and we invite AOPA members to let us know about their experiences under the new policy.”

The video guidance presents a decision tree to help AMEs determine how to proceed under a variety of scenarios based on six assessment categories.

For those who may meet some criteria for sleep apnea risk but have no signs or symptoms, the AME will issue the medical certificate but will also provide educational materials. In these cases no further follow up will be required.

Pilots who are determined to be at significant risk will receive a regular medical certificate and undergo a sleep apnea evaluation. That evaluation can be performed by any physician, including the AME, and does not require a sleep study unless the physician believes one is needed. Pilots will have 90 days to complete the evaluation and forward the results to the FAA’s Aerospace Medical Certification Division, the regional flight surgeon’s office, or the AME. Thirty-day extensions will be available to pilots who need more time to complete the process.

If the evaluation does not lead to a diagnosis of obstructive sleep apnea, no further action will be required. Pilots who are diagnosed with the condition can send documentation of effective treatment to the Aerospace Medical Certification Division or regional flight surgeon to arrange for a special issuance medical certificate to replace the regular medical certificate issued previously.

The issue has been controversial since 2013 when the federal air surgeon described a planned policy change in an FAA medical bulletin. Under the original FAA proposal, pilots with a body mass index (BMI) of 40 or greater would have been required to undergo testing for sleep apnea by a board-certified sleep specialist. The FAA said it planned to expand the policy to include all pilots with a BMI of 30 or greater.

AOPA strongly objected to requiring thousands of pilots to go through expensive and intrusive testing based exclusively on BMI. The association and other aviation groups turned to Congress for assistance, and the House passed a bill that would have required the FAA to go through the rulemaking process before introducing any new policy on sleep disorders.

In December 2013, the FAA stepped back from its initial policy announcement and began working with stakeholders, including AOPA, to address concerns about sleep apnea.