Get the app Get the app
AOPA will be closed July 4th, in observance of the Independence Day holiday. We will reopen at 8:30 am ET on Tuesday, July 5.
News & Media Pilot Briefing: AOPA Fly-Ins

Back for another great year

Let’s do this again was the resounding decision after AOPA hosted seven successful fly-ins across the country in 2014. 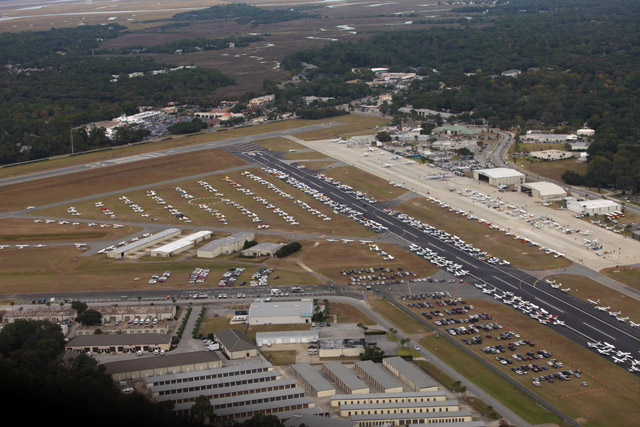 Let’s do this again was the resounding decision after AOPA hosted seven successful fly-ins across the country in 2014. Record-setting attendance, thousands of airplanes, and hundreds of exhibitors—and many very happy people—made making the decision to host more regional fly-ins again this year an easy one.

We have new locations in new regions for 2015. Our events staff has been traveling all across the United States, meeting with airport managers and community advocates looking for the next best spots to meet members where they are. Home airport fly-ins offer the opportunity for members to showcase their flying community. Working with AOPA, these airports highlight the benefits of general aviation to their communities.

Each event will have many of the features of the 2014 fly-ins—great food, amazing aircraft, stimulating seminars, informative speakers, aerobatic performances, top-of-the-line manufacturers, and aircraft camping. New this year will be fun gatherings on Friday nights to encourage members to bring their families and make it a weekend. With more than 16,000 attendees at our fly-ins last year, 2015 promises to be another great year.

Look for AOPA at other great aviation events held across the United States—from major airshows and fly-ins, such as Sun ’n Fun and EAA AirVenture, to important regional gatherings such as the Great Alaskan Aviation Gathering and the Light Sport Aviation Expo.

A Grassroots Celebration of aviation

Historic Frederick, Maryland, is the home of AOPA headquarters. Visitors can tour the headquarters buildng located on the airport as well as enjoy the many historic Civil War attractions, antique stores, and fine dining this bucolic Maryland city offers.

Located in the heart of the Land of 10,000 Lakes, Anoka County is in the home state of AOPA President Mark Baker. On the field are two remarkable museums celebrating the joy of flight—the Golden Wings Flying Museum and the American Wings Air Museum.

From Pikes Peak to the Garden of the Gods, Colorado Springs is a gorgeous gateway to the west. America the Beautiful was written for Pike’s Peak. The U.S. Air Force Academy, the Olympic Training Center, NORAD, and the National Museum of World War II Aviation are located here.

A charming town in south-central Tennessee, Tullahoma is home to Arnold Air Force Base (home of wind tunnel technology) and the Beechcraft Heritage Museum. The Jack Daniels distillery is nearby.Tullahoma is approximately 75 miles outside of the Music City, Nashville.