Get the app Get the app
News & Media Price of refusal

Helicopter EMS, and the pressure to fly 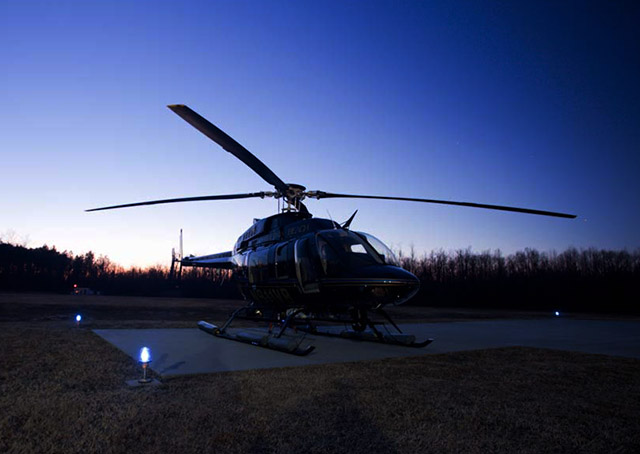 An emergency medical services helicopter pilot fired in 2013 after refusing to fly with an inoperative emergency locator transmitter, and subsequently reporting the discipline that followed that refusal to the FAA, is among few aviators who have won the first round in a process created to provide federal protection for whistleblowers.

The case of this Ohio-based pilot is not the first in recent months to illustrate the pressure placed on pilots, and the penalties that can be imposed for refusing a mission. It is the most recent example of federal intervention in and scrutiny of an air ambulance industry that has faced safety concerns amidst rapid growth in recent years.

The FAA, announcing new rules governing procedures and risk management in February 2014, noted that 2008 was the deadliest year on record for air ambulances, with 21 lives lost in five accidents. Between 2011 and 2013, there were seven air ambulance accidents resulting in 19 fatalities; all other commercial helicopter operations resulted in the same number of accidents and 20 fatalities.

Pressure to fly and complete missions has been a significant factor as the industry has grown, and is not limited to for-profit operators. The NTSB cited what it called a “punitive culture and inadequate safety management” by the Alaska Department of Public Safety in its report in November about a fatal 2013 crash. The board found that the pilot’s “exceptionally high motivation to complete search and rescue missions” increased his tolerance for risk, which played a role in the decision to launch the ill-fated flight in marginal conditions.

Most air ambulances are flown by private companies rather than public agencies, and operate under Part 135, with strict requirements including weather minimums. As the industry has grown (the FAA noted in early 2014 that 75 air ambulance companies operate 1,515 helicopters), operators have also ramped up efforts to control risk and increase safety.

“EMS has had a horrible safety record over the last 10 years,” said Kurt Williams, president of the National EMS Pilots Association, “All related to the culture of various programs.”

The National EMS Pilots Association recently launched a new program, Cultural Health and Mitigation Program for Safety, or CHAMPS, that aims to address that through surveys and data analysis that will allow individual operators to compare their procedures, and safety culture, to the rest of the industry.

Williams said there has been improvement in recent years, and most if not all operators have policies and procedures designed to allow pilots to make decisions about accepting a mission without regard to the nature of that mission. In most cases, if not all, an air ambulance pilot is not given any details about the nature of the call, Williams said, and company policies generally shield pilots from pressure that can come from competition with other providers and the business ramifications.

“We’re constantly trying to take that pressure to fly out of the equation,” said Williams, who was interviewed prior to the recent OSHA ruling against Air Methods Corp., the nation’s largest private provider of air medical transport.

A redacted report on the OSHA investigation obtained by AOPA details the decisions made by one pilot who opted to ground his helicopter and refuse a call because the ELT was not operating in July 2013. The problem had caused a previous mission to abort, and mechanics had documented the ELT failure and their inability to resolve it. The pilot had consulted with a colleague (whose job title was redacted in the document provided to AOPA) who agreed that flying over mountainous terrain in Ohio and West Virginia without a functioning ELT posed unacceptable risk.

After the pilot refused a dispatch to a medical emergency in Rio Grande, Ohio, the pilot was placed on administrative leave, though the Air Methods Governing Operation Manual gives the pilot in command final authority to make such decisions; under federal regulations, “the pilot’s authority to decline to fly is also supreme,” OSHA noted in its report.

The pilot was fired four days after calling the FAA on Aug. 1, 2013, to report concerns about the malfunctioning ELT.

“Respondent’s termination letter to Complainant failed to mention any misconduct other than Complainant’s refusal to fly the aircraft and that [redacted] tarnished the relationship they had with their client,” the report states.

OSHA ordered the company to reinstate the pilot, with back pay of $158,032, with another $9,877 due per month until the pilot is rehired. OSHA also ordered compensation for lost benefits, and $6,000 for “emotional stress suffered by Complainant” and $2,500 to compensate the pilot for penalties incurred when retirement savings were tapped to support the pilot’s family.

“We disagree with the decision, and at this time, Air Methods is exploring its rights to appeal the decision,” Allen wrote. “Safety is and always will be our highest priority, and we continue to raise the bar to ensure the safe return of our crews and patients to their loved ones.”

Air Methods, based in Englewood, Colorado, operates a fleet of 450 aircraft, most of them helicopters, out of 300 bases in 48 states, according to the company website. It has grown from a single base established in 1980 to a company that transports more than 100,000 patients a year, generating $1.8 billion in revenue, according to investment analysts who monitor the company’s financials.

“In 2013, Air Methods became the first air medical provider and helicopter operator to achieve the highest level (Level 4) within the FAA’s voluntary Safety Management System (SMS) program,” Allen continued. “By earning Level 4 status, we continue to actively pursue and invest in technology, systems and training, all while encouraging a culture of compliance. We also have strict policies and procedures in place to ensure our crews are empowered to make the day-to-day decisions, individually, to do the right thing, to make a difference, and to be the strongest link in the performance of our individual duties.”

The recent OSHA case is not the first time Air Methods has run afoul of federal regulators: The FAA proposed a $428,000 civil penalty in July 2014 for failing to inspect night vision systems. Another employee filed suit in 2012, claiming he was wrongfully terminated for reporting safety violations.

The more recent whistleblower case could wind up in federal court as well. It is already unusual in that OSHA has sided with the pilot who was fired.

The Wendell H. Fort Aviation Investment and Reform Act for the 21st Century, more conveniently known as AIR 21, was written in 1999, two years after a Continental Express flight crashed, killing all 14 aboard. That crash was attributed to the failure of maintenance crews to replace screws on the horizontal stabilizer. The NTSB said the airline management’s failure to establish an appropriate safety culture contributed to the crash. AIR 21 was one of several industry-specific federal laws created to protect whistleblowers who report violations to federal regulators.

Only 4 percent of the 686 cases filed in the past decade have been found to have merit upon initial review by OSHA, the first step in the process. About 80 percent have been dismissed or withdrawn; the rest have been settled, according to federal data.

Attorney Doug Hall of the Altanta law firm FordHarrison represents employers in whistleblower cases (though he and the firm are not involved in the Air Methods case), and said that the AIR 21 legislation and adjudication process heavily favors employees over employers, and despite an uptick in recent years in the number of such cases, the relatively low number of whistleblower protection cases reflects the industry’s commitment to safety.

“No one wants unsafe operations out there,” Hall said. “I think that’s probably a big factor as to why most of these cases have not been found to have merit.”

Hall said a distinction must be made between pilots refusing missions based on actual or potential violations of federal regulations, and pilots who refuse because they are uncomfortable with the circumstances. He said he knew nothing about the recent Air Methods case that was not included in the OSHA press release, and “you have to figure there’s another side to the story.”

That other side may come out in detail as the case proceeds, assuming that Air Methods invokes its right to appeal the OSHA decision to an administrative law judge, a process that would include hearing the entire case again in an adversarial proceeding, with each side presenting its case in detail. Either side can appeal a decision at that level to an administrative review board, and ultimately to the U.S. Circuit Court of Appeals.