Get the app Get the app
Already a member? Please login below for an enhanced experience. Not a member? Join today
News & Media Endurance profile 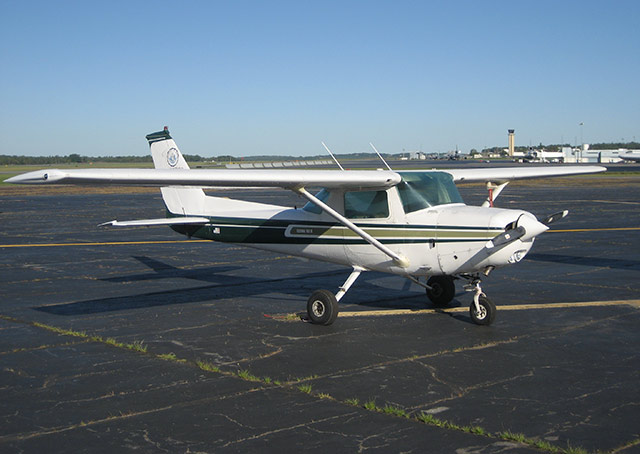 It felt like old times as I picked out a parking space in the sprawling lot across from the University of Maine’s Donald P. Corbett Business Building, where I had spent a happy tenure as a graduate student two decades ago.

This time, a visitor’s pass, not a student parking permit, sat on my car’s dashboard. And, much as I would have liked to stop in at Corbett and greet old friends, I wasn’t on campus to pick up a transcript or turn in a super-late paper.

This trip was all about aviation. I was to be the guest speaker at the monthly meeting of the University Flying Club, invited by my friend Rick Eason, an electrical engineering professor, fellow flight instructor, and the club’s faculty adviser, to come up and brief the members on Automatic Dependent Surveillance-Broadcast (ADS-B)—the technology, its place in the FAA’s NextGen airspace modernization, and the mandate to install ADS-B Out in aircraft by Jan. 1, 2020.

I had been a club instructor in years past, and had been privileged to help a number of students achieve private pilot certification. So I welcomed the opportunity to stop by the meeting.

Also, aviation and UMaine-Orono have always been intertwined for me. Working as a flight instructor, FBO pilot, and aviation writer helped put me through the school's graduate business program, as a commuting "non-traditional" scholar. For that, aviation has my undying gratitude.

The University Flying Club may not have a big footprint on the campus of the state’s flagship academic institution, but in its unique way, the club is an institution in itself. Countless members of the student body and the community at large have received their introductions to flight from the club. Over the decades it has helped many make the jump from first flight to pilot certificate, and in some cases—I can think of three from among my own students—opened the door to piloting careers.

The club is a study in survival. FBOs, flight schools, and independent operators have come and gone from the local aviation scene, where the stressed regional economy can make the for-profit model a frail undertaking. Meanwhile, the University Flying Club endures—and sometimes thrives—with a stone-simple mission: making affordable flight training and flying available, whatever economic circumstances may prevail. There are currently about 40 active members, Eason said.

This mission the club has accomplished sometimes with one airplane, and sometimes, as now, with two. The current fleet is composed of a beloved high-time Cessna 152, recognizable by the prominent emblem on its vertical tail; and an older model Cessna 172. Both airplanes are based at Bangor International Airport.

The Jan. 14 club meeting was held in the club’s usual venue, the comfortable FFA room at the Memorial Union, the recently renovated center of campus community life. "FFA" is not a mistyped reference to a government aviation agency. The initials stand for the Future Farmers of America. The flying club reserves the room for meetings.

A turnout of about 15 enthusiasts for the meeting deserves a pretty good grade on a midweek evening in January in Maine. It was encouraging to hear, during the round-the-room introductions, that many of those who came were undergrads who had begun flight training, or planned to. Others present included club officers—those dedicated souls who keep aviation organizations going, thanks to their bottomless volunteerism—and several other students, and a few community members, one a former military pilot and others simply present to find out what this aviation buzz was all about.

Eason took time after the meeting to gather the new folks around for a lively Q-and-A session about how to learn to fly. I backstopped him for a while, and handed out some AOPA publications, which were gratefully taken up.

Eason's conversation with the visitors was still going strong by the time I had gathered my things, chatted with some club members, said farewell, and headed for the parking lot.

That has to be a good sign for aviation.