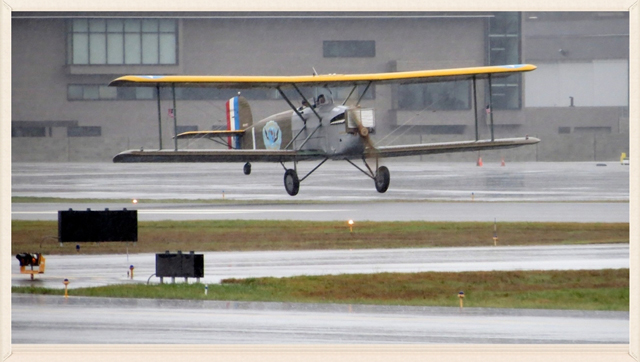 It has an engine from the Golden Age of Aviation, an open cockpit, and a long-range cruise speed of about 90 mph. For the Seattle II, a Douglas World Cruiser reproduction, a brief first flight in December started a new chapter in a Seattle couple’s quest to fly it around the world in 2016.

Round-the-world aspirations of the original Seattle ended abruptly when the biplane impacted an Alaskan mountain in 1924, but the mission wasn’t over. Three Douglas World Cruisers continued on, and two of those completed the first circumnavigation of the globe by airplane after some six months and more than 360 hours of flight time. Ninety years later and after 14 years of construction, the reproduction lifted off from Boeing Field in Seattle Dec. 20. 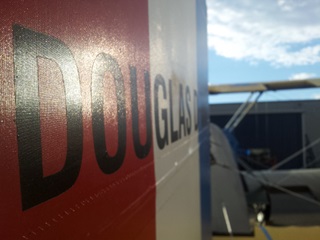 Bob Dempster, who spearheaded the building project and is preparing for the epic flight, was in the rear cockpit of the aircraft as it lifted off briefly with a test pilot at the controls and then touched back down on the runway. Instrument meteorological conditions lifted just enough to make the hop, he said, and quite a group showed up for the milestone even in the rain.

Yet the thrill of the day wasn’t the flight, Dempster said; it was giving a presentation afterward at the Museum of Flight, a supporter of the project, and recognizing the many people who contributed to reaching this milestone. The flight itself was more ceremonial, he said. Now, he is turning his attention to a test program in preparation for a flight around the world.

Dempster and his wife, Diane, had already taken a Piper Super Cub from Seattle to Japan—the long way—and set a record for a 16-hour, 24-minute, 3-second nonstop flight from Seattle to Oshkosh, Wisconsin, when Dennis Parks, then-senior curator for the Museum of Flight, asked Bob what he was going to do next.

“I think aliens put words in my mouth, and I said, ‘Well, I’m going to build a Douglas World Cruiser,’” he said. It turns out the museum was putting out bids to have a reproduction built, he added, and before he knew it he’d created a nonprofit.

Dempster has hired workers for specialized tasks such as structural woodwork or welding, but much of the work has been done by volunteers. Early construction took place at a local coffee shop the couple had bought to keep from closing; Dempster said he has photographs of customers making ribs. He also went to local groups such as the Experimental Aircraft Association Chapter 26, and had everyone build a rib in one night. Each time, he had the builder sign the wing rib. Now he can look at every part and think of the person who helped make that part, he said.

The “gypsy project” moved from hangar to hangar, and volunteers have done their piece and moved on. Dempster has been the constant over 14 years—he said he works on the project seven days a week, even taking materials with him when he visits his daughters for Christmas.

“If I don’t work on something on the airplane every day, I feel like something’s wrong, something’s missing,” he said.

The Seattle II rolled out to the public on June 29, 2013, in a ceremony and christening at Seattle’s Museum of Flight at Boeing Field. Dempster said Kenneth Workman, a descendant of the Duwamish tribe’s Chief Seattle, gave the aircraft the name “Wheedkwadee-Kalbid,” meaning “Thunder-Canoe” in the tribe’s native language. Dempster decided to have the name painted on the airplane, a move that might rile historical purists but doesn’t bother Dempster. They’re celebrating what the original World Cruiser crews did, but “we are what we are, too,” he said.

That philosophy has guided Dempster’s building efforts, too. On the one hand, he’s building a meticulous reproduction: He obtained plans from the Museum of Flight and photographed others from the Smithsonian, he said. He even traveled to the original Seattle’s crash site and recovered some rusty wing fittings while there that he was able to copy, he said. On the other hand, Seattle II builders have the advantage of 90 years of technological advancements. The Dempsters plan to fly the World Cruiser more than 26,000 miles before donating it to the Museum of Flight, so they’ve made some changes for safety, reliability, and international law. 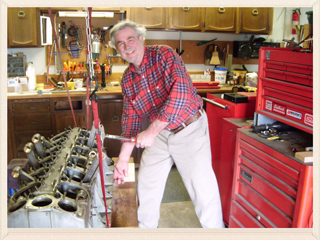 Just using modern oils in the Seattle II’s rebuilt 425-brake-horsepower Liberty V-12 engine increases the reliability of the engine considerably, Dempster said. Other improvements include the use of more reliable, aircraft-quality materials—for instance, tie rods have been replaced with tubing and the highly flammable cotton cover with poly fiber. The avionics are all IFR-equipped, with three GPS units, Dempster said, and the tail skid has been replaced with a wheel. The main landing gear now have brakes, among other upgrades to the airplane.

“Hell no, I’m not doing it original, are you kidding me?” Dempster said. “If they had what we had they’d be doing what we do.”

Finishing what they started

It took the original crews 371 hours of flying time, according to Air Force records, over 175 days to complete their journey around the world. Dempster said that when he told his wife that the World Cruisers’ average speed on that journey was 72 mph, she was unfazed: “That was our average speed in a Super Cub,” she responded. But, he added, this would be kind of breezy. 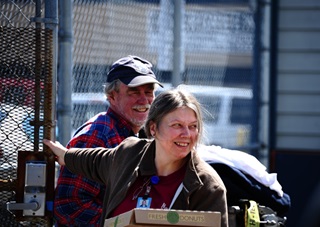 The Dempsters have made something of an art of ambitious endurance flights in slow aircraft. In the 1980s, the couple flew clockwise around the United States in a Piper J-3 Cub. They graduated to international travel in the Cub in 1990, when they shipped the J-3 to London for the World Vintage Air Rally to Australia. Their journey ended in Egypt because of heat and density altitude-related issues, but they shipped the Cub home and headed out for another adventure in 1992, this time to Caribbean islands.

The couple then bought a Super Cub, equipped it for IFR long-distance flying, and began an attempt to circle the world in stages. They flew the aircraft to England one year, from England to Australia the next, and Australia to Japan the third year. They weren’t able to make the final trip from Japan to Seattle by air, but their long-distance flights continued; in 2000, they flew from Seattle to Oshkosh, Wisconsin, nonstop in the Super Cub. Shortly thereafter, the idea of the World Cruiser was born.

Even with improvements to the materials of the aircraft, retracing the original circumnavigation will be full of challenges. The Seattle took off from Sand Point, Washington, on April 6, 1924, with the Chicago, Boston, and New Orleans in an attempt by the U.S. Army Air Service to be the first to fly around the world. On April 30, the Seattle crashed into a mountainside in Alaska. Maj. Frederick L. Martin, the pilot, and Sgt. Alva L. Harvey, the mechanic, trudged through snow, sleet, and fog for 10 days before reaching safety. Later, the pontoon-equipped Boston lost oil pressure and landed on the Atlantic; both crewmembers were rescued, but the aircraft was damaged in the rescue effort and sank. 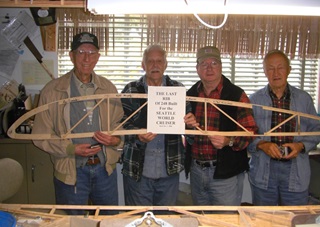 The prototype Douglas World Cruiser took on the name Boston II and joined the other two aircraft to complete the journey, touching down in Seattle on Sept. 28, 1924. The Dempsters will follow this historical precedent with the Seattle II to symbolically complete what the original pilots couldn’t.

Dempster has his heart set on an April 6 departure to coincide with the original flight, so he’s making plans now for the circumnavigation in 2016. He has been to China to coordinate with the U.S. embassy there and let officials know they’re coming, he said, and the airplane will go through testing at Arlington and Renton, Washington. In general, the trip will follow the same route as the original flight, with notable exceptions such as Baghdad, Iraq, and Aleppo, Syria.

With the first flight accomplished, the long-awaited circumnavigation is closer than ever. Yet Dempster said the upcoming flight isn’t what gets him back to work each day. “It’s taken so long that it’s not a motivating force. What motivates me is the day-to-day accomplishments.” 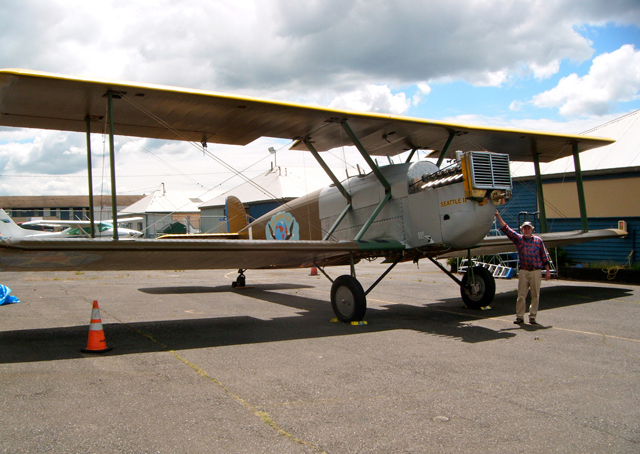 What drives Bob Dempster’s dogged endeavor to complete the World Cruiser? It’s fun, he said. Building the airplane is “adult fun,” he said he explained to aviation high school students recently. “Adult fun is not, ‘Whippee, we’re having fun.’ … You have fun by setting goals and accomplishing them, and stretching your imagination and stretching your abilities, and kind of going beyond your perceived limits to go further and do more.”