Get the app Get the app
AOPA will be closing at 2:30pm ET Wednesday, November 23rd, and will remain closed Thursday and Friday in observance of the Thanksgiving holiday. We will reopen Monday November 28th at 8:30am ET.
AOPA Members DO more LEARN more SAVE more - Get MORE out of being a pilot - CLICK HERE
News & Media FAA clarifies CFI checkride requirement

Change eases burden for many 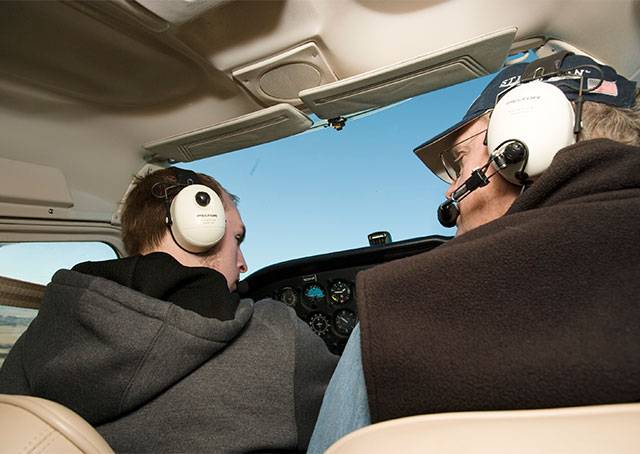 The FAA has revised the flight instructor practical test standard to clarify when a complex aircraft is required for the checkride, and when it is not.

Many flight schools, including industry leaders, had for decades conducted initial CFI checkrides in twin-engine aircraft, and the single-engine CFI add-on in a Cessna 172 or similar aircraft; students progressed through commercial ratings in similar fashion, demonstrating their complex aircraft operation competency in twin-engine aircraft, while testing for single-engine ratings in aircraft that are not complex (because they lack a constant speed propeller; land-based aircraft must also have retractable gear and flaps, and seaplanes must have a constant-speed propeller and flaps to be considered complex). AOPA staff learned recently that the FAA rejected a number of applications for the single-engine add-on because the checkride was not conducted in a complex aircraft.

AOPA staff worked with the flight training industry to bring the problem to the FAA’s attention and resolve the issue with a commonsense solution. Had the change not been made, many schools would have been forced to purchase complex, single-engine aircraft at significant cost—most of which are decades old, if available.