Get the app Get the app
Already a member? Please login below for an enhanced experience. Not a member? Join today
News & Media Training Tip: Tackle no-flap landings 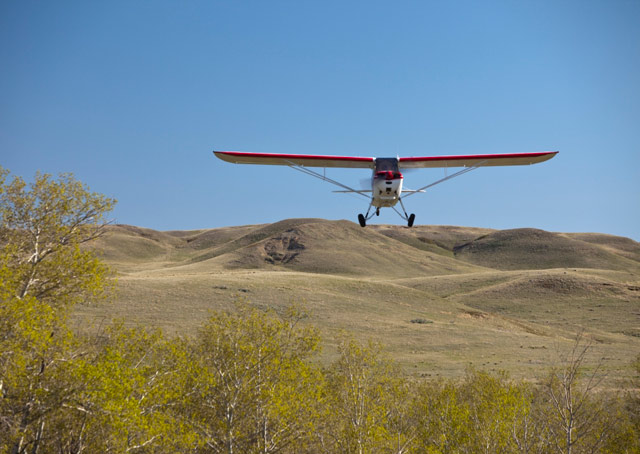 A student pilot and instructor are flying the traffic pattern, practicing various landing and takeoff methods. As they level off on the downwind leg for the third time, the instructor says, "Let’s try this one without flaps."

Have no-flap landings been part of your practice routine as you work to sharpen your skills?

Make sure the answer is something more than, "One or two."  Skill at making no-flap landings has practical value. A no-flaps landing may be the answer in conditions of strong or gusty winds, when the slightly higher airspeeds you fly improve control responsiveness. And unless your aircraft has manual flaps, a real-world electrical failure could leave you without flaps. Also, someday you may fly, or own, an aircraft that does not have flaps.

A pilot who first learned how to make full-stall landings with full flaps (at Vso, the airspeed at the bottom of the airspeed indicator’s white arc) will notice two major differences when starting to work on no-flap landings.

One is the need to adjust the point at which the turn from downwind to base is made; you must allow for the shallower glide angle a no-flaps landing produces.

"The distance will depend on the altitude of the base leg, the effect of wind, and the amount of wing flaps used. When there is a strong wind on final approach or the flaps will be used to produce a steep angle of descent, the base leg must be positioned closer to the approach end of the runway than would be required with a light wind or no flaps," explains the Airplane Flying Handbook (page 8-1).

The other difference is the higher airspeed and pitch angle, and the changed sight picture at touchdown.

In some trainers, Vs, the aircraft’s maximum-weight stall speed with flaps retracted, may be 30 percent higher than Vso. That extra speed will lengthen the ground roll and extend the time it takes to decelerate to taxi speed.

But what many pilots find most challenging about no-flaps landings is getting used to the higher pitch attitudes required to achieve correct airspeeds. Maintaining directional control may require more reliance on peripheral vision during the roundout, flare, and touchdown, so be sure to practice the method regularly.

You will discover that the no-flap landing is a specialized technique that raises your overall level of skill.