Get the app Get the app
Already a member? Please login below for an enhanced experience. Not a member? Join today
News & Media Secrets of night storms probed 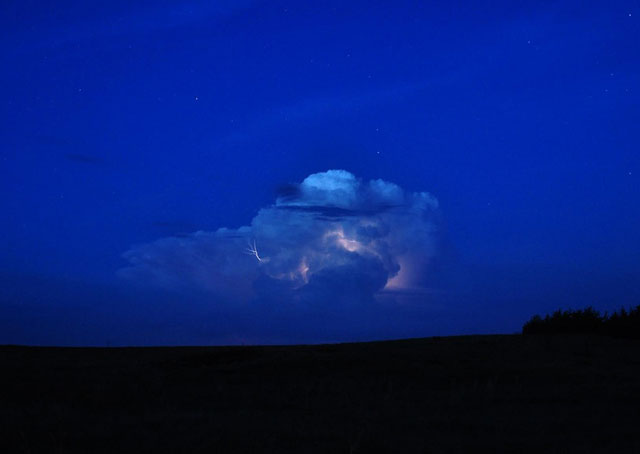 Summer storms in the Great Plains have drawn more than the usual attention this year, with dozens of ground vehicles and some high-profile aircraft probing the night sky to learn the secrets of violent storms that rise after night falls.

NASA’s DC-8 arrived at Salina Regional Airport in Salina, Kansas June 30 to join the National Oceanic and Atmospheric Administration’s Lockheed WP-3D Orion (best known for hunting hurricanes) in the first large-scale coordinated effort to study how nighttime convection is initiated, the behavior of nocturnal storms, and atmospheric conditions that create and steer the storms.

Vehicle-mounted Doppler radars and other instruments have been deployed in numbers, along with fixed radar stations, weather balloons and other assets. A King Air operated by the University of Wyoming, among 14 universities taking part in the collaboration (along with another eight research laboratories, including NASA and NOAA facilities), has also flown missions for the PECAN  project—an acronym for Plains Elevated Convection At Night. 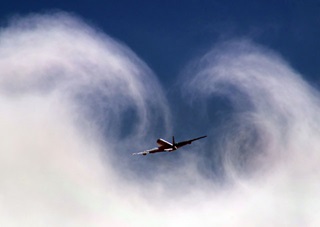 The $13.5 million project (with $10.6 million of that coming from the National Science Foundation) seeks to solve mysteries surrounding Great Plains thunderstorms that develop at night, drawing power from different sources than the convection that fuels daytime storms. Formed without heat rising from the sun-warmed terrain, these nocturnal mesoscale convective systems are common, can be severe, and sometimes develop for unknown reasons.

Science teams operating nearly three dozen vehicles and platforms in Kansas and surrounding states are collecting data and testing hypotheses about the storms’ genesis, including that ripples of deep waves in the atmosphere above the Great Plains play a key role. Those waves are believed to trigger or intensify storms that form above the stable boundary layer, which separates stable night air near the ground from less stable circulations at altitude.

Researchers hope their work will lead to better storm prediction. While they’re at it (the project runs through July 15), the curious can follow the aircraft missions using NASA’s live asset tracking site.