Get the app Get the app
Already a member? Please login below for an enhanced experience. Not a member? Join today
News & Media Pilot Briefing: Events

Party under the Space Shuttle 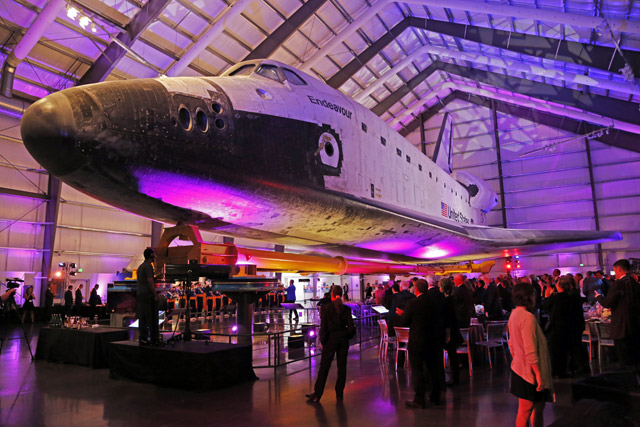 The good that pilots are doing to help others was given a Hollywood bash May 30 at the Los Angeles Science Center.

Movie stars and movie clips lent some Hollywood flair to the second annual Endeavor Awards, which combine celebrity, remarkable surroundings, and fanfare to honor those who contribute their time, money, and aircraft to help others. Hosted by “aspiring” pilot actor Greg Kinnear, the Endeavor Awards were created by Mark Wolper, a Hollywood producer and an active pilot who works extensively with Angel Flight West. 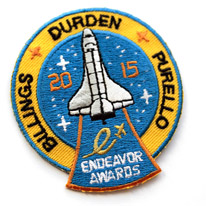 Billings, a retired Eastern Airlines captain who flew the B–24 Liberator in World War II, has flown more than 300 missions for Angel Flight. He places a stuffed animal in the seat of his aircraft for his passengers. “The greatest payment I get is a big hug,” he said after receiving his recognition. “That’s my salary.”

Durden has been flying conservation flights for LightHawk for more than 25 years. He says he hopes his work is making the world a better place. “We live on this little blue marble and we are responsible to keep it healthy,” he said. “There is an immense value in general aviation aircraft that benefits humanity, and we do it one flight at a time.”

Purello has flown public benefit missions for more than 20 years. Currently he flies with Angel Flight Southeast. Presenting him with his award was a former patient who Purello flew for emergency care. “We are out and out saving people’s lives,” Purello said.

The event is attended by astronauts, celebrities, and aviation legends. Among them was Clay Lacy, the founder of the first jet charter company west of the Mississippi. Known for his exploits in more than 300 aircraft types, world speed records, and his contributions to flying in such movies as Flight of the Intruders and Top Gun, the 82-year-old aviator has accumulated more miles flying jets than anyone else on Earth. He was honored with a 2015 Inspiration Award. “I am just a pilot; I’ve always been just a pilot,” he said. “I am not used to being recognized this way, but thank you.”

Also receiving an Inspiration Award was the team of Steve Terry, CEO of Tempus Jets, and actor Ben Affleck, who brought together Global Flight Relief and the eastern Congo Initiative to airlift cargo and personnel in the war-torn Eastern Congo.

A silent auction raised more than $300,000 with items such as a week of flying with aerobatic superstar Sean D. Tucker, a 10-day vacation in Hawaii transported by a Gulfstream IV, and—uniquely—the opportunity to create a character in an upcoming novel by pilot/author Dale Brown.

“Every pilot has a reason to fly and that’s to fly, but here’s a second reason—to help people,” said Josh Olson, executive director of Angel Flight West. “Every day I am moved by the courage of our passengers, the generosity of our pilots and partners, and the incredible opportunity we have to serve people for whom air transportation is a barrier to health and hope.”