Get the app Get the app
Already a member? Please login below for an enhanced experience. Not a member? Join today
News & Media James Bede, noted aircraft designer 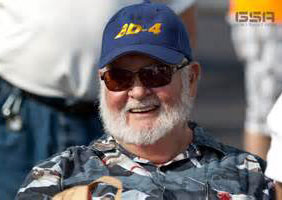 James R. Bede, a prolific aircraft designer whose many concepts included a micro jet that flew for a James Bond movie and a single-engine airplane that evolved into the popular Grumman Yankee, died July 9 in Cleveland, Ohio. He was 82.

Bede "chose to focus his attention on making flying affordable for almost anyone" during a high-profile career in which he introduced the aviation community to 18 designs including the BD-1, which became the popular low-wing American Aviation AA-1 trainer and sport plane, and the high-winged homebuilt BD-4.

The BD-4 homebuilt design "literally jump-started the homebuilt airplane industry," according to a biography of Bede on the website of Bedecorp, the Medina, Ohio company that is run by his son, Jim Bede Jr.

In November 2012, AOPA reported on how Bede’s 465-pound-empty-weight, single-seat BD-5J jet—famous from a scene in the 1983 movie Octopussy and later as a popular airshow attraction—had found a new mission, and new depth for its design’s legacy, in the research and development of air defense capabilities.

Born in Cleveland in April 1933, Bede graduated from Wichita State University in Kansas with a degree in aeronautical engineering. He joined North American Aviation, leaving the company in 1961 to found his own aircraft design firm. The BD-1 was unveiled the next year.

Bede also explored surface-vehicle designs, including the ducted-fan-driven 1979 Bede Car, according to the biography.

Bede died July 9 from "an unrecoverable aneurysm suffered at the Cleveland Clinic," said an announcement issued by the company. It added that at the time of his death, Bede was surrounded by his wife, children, and grandchildren.

The Lorain County, Ohio, Regional Airport will host a Jim Bede Memorial Fly-In on Aug. 1.  Bede, who resided in nearby Medina, was a frequent visitor to the airport.

Details about the event, and a venue for the expression of condolences can be found on the Bedecorp website.