Get the app Get the app
Already a member? Please login below for an enhanced experience. Not a member? Join today
News & Media Boeing details 20-year pilot, technician demand 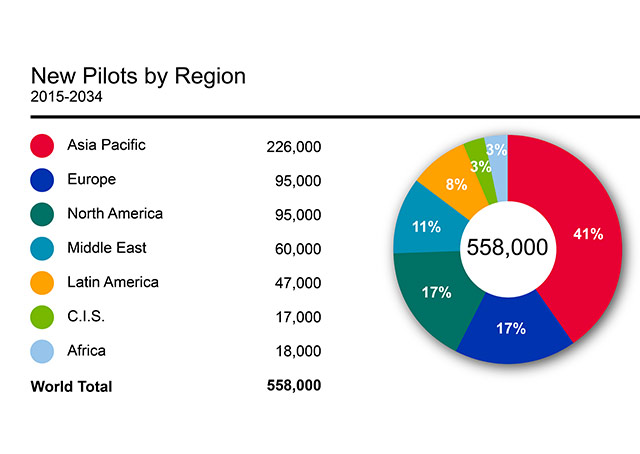 The commercial aviation industry will demand 558,000 pilots and 609,000 technicians to fly and maintain the worldwide jet fleet that is projected to increase to 38,000 aircraft over the next 20 years, Boeing Flight Services Vice President Sherry Carbary said July 20 at EAA AirVenture. That will take about 28,000 new pilots and 30,000 new technicians annually to meet the industry’s needs, according to Boeing’s 2015 Pilot and Technician Outlook.

The current jet fleet is expected to increase by 38,000 because of growth in emerging economies and low-cost carriers, continued replacement demand, and new markets opened by new aircraft capabilities, Carbary explained. In addition, the market is becoming more diverse and balanced, she said, with about 40 percent going to Asia Pacific, 40 percent to North America and Europe, and the remaining 20 percent encompassing the rest of the world markets.

With an increase in the fleet’s size, continued jet replacements, and the aging workforce combined, Boeing Flight Services is working now to address what could be a major need for pilots and technicians in the future. Carbary said the company hosts career fairs at its centers worldwide to interest high school students in the aviation industry. Currently, Boeing is focusing on high school- and college-age students but said it would like to reach those in middle school too.

Boeing has 17 training campuses on six continents and reaches out to students in each region. Of particular importance is engaging students in the emerging market areas, Carbary said, because they don’t see airplanes flying or attend airshows.

“We need to bring that excitement to them,” she said.

In addition to providing training, Boeing Flight Services also offers scholarships to women who are working on a Boeing type rating. The company also is partnering with the industry to host familiarization courses. For example, A&P instructors can learn about the maintenance on a Boeing 787 to take back and excite their students.

“Everyone needs to rally” around the aviation industry, Carbary said. 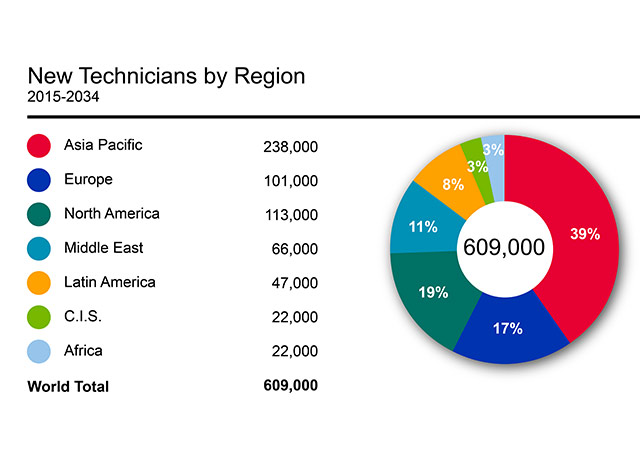