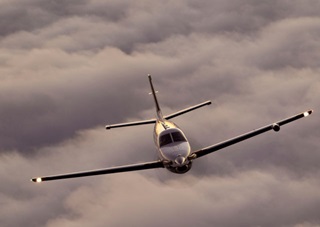 The manufacturer of the TBM series of turboprop singles has been offering training in hypoxia recognition on a voluntary basis for the past five years. But Daher announced July 20 that high-altitude awareness training would be included with the purchase of every new TBM 900. The manufacturer has entered into a partnership with Melbourne, Florida’s Southern AeroMedical Institute (SAMI) to provide several hours of instruction, including an hour of flight in a hypobaric chamber.

The chamber, designed to replicate a TBM 850 cockpit, is equipped with a Garmin G1000 avionics suite and Zodiac Aerospace oxygen masks—the same equipment used in recent-model TBM 850s and TBM 900s. The goal is to help pilots react quickly and accurately when faced with the dangers of hypoxia while operating high-altitude aircraft.

The training is designed to subject the pilot to slow-onset hypoxia of the type that may have set the stage for the Sept. 5, 2014, fatal crash of a TBM 900 flown by TBM Owners and Pilots Association president Larry Glazer.

After a lecture on the subject of “slow onset hypoxia” by neurologist Dr. Paul W. Buza, SAMI's medical director, and a preflight orientation with the cockpit simulator, pilots experience simulated flight in the TBM 850 training device. Pilots in the chamber are given tasks to perform, and comply with clearances issued by technicians acting as controllers. Ever so slowly, pilot performance suffers as chamber pressure is reduced.

SAMI’s chamber is located in Melbourne, Florida. Banza said that pilots in the chamber are fitted with oximeters that keep track of their oxygen saturation levels in real time.

“By the time most pilots reach a saturation level of about 65 percent they begin to feel impairment sensations such as numbness, tingling, or visual symptoms like tunnel vision,” Buza said. “They are most definitely impaired, but at this point they reported feeling OK.” The main takeaway is that they were impaired well before recognizing they were hypoxic.

This finding is of great significance, as a pilot flying at 18,000 feet in an unpressurized or non-oxygenated environment typically indicates a 73 percent saturation level, Buza added.

Buza said that saturation levels begin to rise almost immediately after donning an oxygen mask, and that after one minute on the mask, pilot performance is back to normal. However, this varies by pilot age and fitness level. Whatever the case, Buza says he can’t overemphasize the importance of donning the TBM’s quick-don masks immediately after experiencing the first symptoms of hypoxia. It takes five seconds to don a TBM’s Zodiac mask.

Participants who complete the training are given a high-altitude chamber certificate, along with an FAA/Industry Training Standards (FITS) certificate, a flight training booklet, a sign-off in their logbook, and a video of the simulated flight.

AOPA Pilot Editor at Large
AOPA Pilot Editor at Large Tom Horne has worked at AOPA since the early 1980s. He began flying in 1975 and has an airline transport pilot and flight instructor certificates. He’s flown everything from ultralights to Gulfstreams and ferried numerous piston airplanes across the Atlantic.
Go to Thomas A. Horne's Profile
Topics: Aviation Industry, Training and Safety, Training and Safety