Get the app Get the app
AOPA will be closing at 1:45pm ET on Tuesday, December 6th. We will reopen Wednesday morning at 8:30am ET.
AOPA Members DO more LEARN more SAVE more - Get MORE out of being a pilot - CLICK HERE
News & Media Lockheed buys Sikorsky 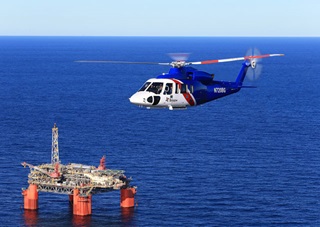 Lockheed Martin and United Technologies Corp. announced July 20 a $9 billion deal that will shift ownership of Sikorsky Aircraft to Lockheed, pending regulatory approval. The Sikorsky sale is structured to create a $1.9 billion tax break for Lockheed shareholders, and is not expected to cause any significant disruption for customers or staff of the venerable helicopter maker.

“I don’t think it will have much of an impact from a customer perspective,” said aviation analyst Richard Aboulafia of the Teal Group. "There will still be the same product line, and probably the same level of support. Lockheed Martin is a large and experienced aerospace company, so there are no real operational and financial risks. Not much will change in leadership or plant location, either.”

Igor Sikorsky founded Sikorsky Aero Engineering Corp. in 1923, and the VS-300, the world’s first practical single-main-rotor helicopter, first flew Sept. 14, 1939. Sikorsky has been producing helicopters ever since, including the S-58, which retrieved astronaut Alan Shepherd from the ocean following America’s first manned space mission. The Black Hawk, which first flew in 1974, has become a military mainstay. The S-76 is widely used in offshore oil production and other commercial operations, operating in more than 40 countries.

"Sikorsky's acquisition by Lockheed Martin, one of the world's leading aerospace and defense companies, will ensure it remains a technology leader at the forefront of vertical lift," UTC President and Chief Executive Officer Gregory Hayes said in a news release. "We are committed to working closely with Lockheed Martin to execute a seamless transition for customers and employees."

"I'm confident this acquisition will help us extend our core business into the growing areas of helicopter production and sustainment,” Hewson said in a news release. “Together, we'll offer a strong portfolio of helicopter solutions to our global customers and accelerate the pace of innovation and new technology development."

The deal is expected to close in late 2015 or early 2016, pending regulatory review. Stratford, Connecticut-based Sikorsky logged $7.5 billion in net sales in 2014, and employs more than 15,000 people. Aboulafia said those workers can also expect the status quo, at least in the foreseeable future.

Lockheed posted net sales of $45.6 billion in 2014, and employs about 112,000 people. Both Lockheed and Sikorsky are major defense contractors, and the Defense Department is likely to scrutinize the deal, given the Pentagon’s stated desire to maintain competition among contractors.

The deal followed a strategic review by United Technologies, which opted to focus on remaining products and services. Lockheed announced it has begun its own strategic review of information technology and technical services that is likely to lead to the sale or spinoff of that part of its business. Lockheed and CSC were each awarded one-year FAA contracts in May to provide direct user access terminal services (DUATS) to pilots.