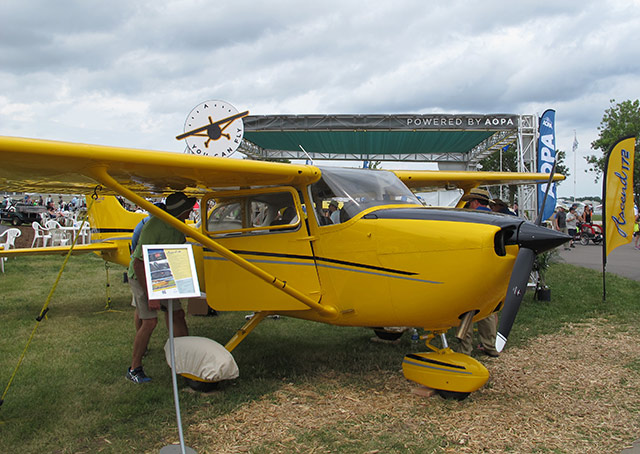 Yingling Aviation in Wichita, Kansas, is rebuilding the venerable Skyhawk with its new Ascend 172. The fully remanufactured airplanes are done in the spirit of AOPA’s Reimagined program, which takes strong, legacy airframes and brings them up to modern standards. Yingling unveiled the Ascend 172 at the AOPA campus at EAA AirVenture in Oshkosh, Wisconsin, July 20.

For the Ascend that means more than 40 work orders replacing or refurbishing everything from control cables to seat frames. Far from a new coat of paint and a new interior, the Ascend includes items such as new wiring, circuit breakers, pitot-static lines, engine accessories, windows, fiberglass, instruments, and fluid hoses. The engine and propeller are overhauled, a new flat metal panel is installed, and the seats are restyled.

"This program creates a pathway for those looking for a low-cost way to fly," said Lynn Nichols, CEO of Yingling Aviation.

With a production run of more than 43,000 airplanes, there are plenty of donor airframes ready to be rebuilt.

One of the most striking things about the Ascend, as with AOPA's Reimangined project, is the yellow paint. AOPA President Mark Baker said that it's meant to grab attention. "I want these things to start a ramp conversation," he said.

Yingling is offering the aircraft much like a factory new model, with a one-year warranty, and many options, including Automatic Dependent Surveillance-Broadcast Out (ADS-B Out), GPS, leather interior, and more. The base model costs $159,900.

Although not an aircraft manufacturer, Yingling is positioned well to execute on the Ascend. The company was Cessna’s first service center, it previously reassembled Cessna Skycatchers that were shipped from China, and it remains a major source of Cessna parts.

“The company has developed countless repair schemes and maintenance programs that are used all over, often by collaborating with Cessna’s product support teams who are located right across the runway from us,” said Nichols. “At Yingling, we know we have the capabilities, the craftsmanship, the capacity, and the commitment to address issues.” 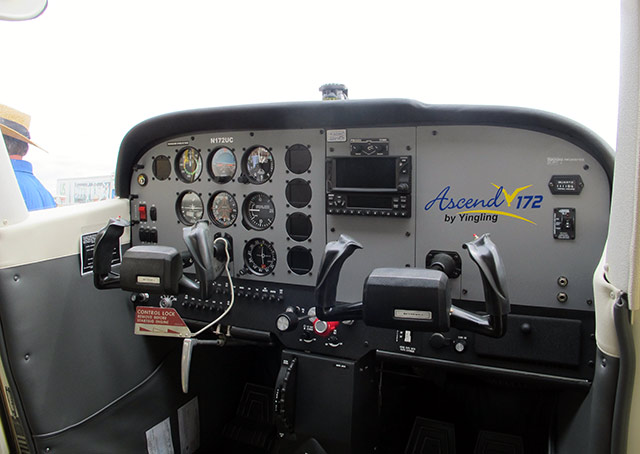