Get the app Get the app
Already a member? Please login below for an enhanced experience. Not a member? Join today
News & Media Trig adds Garmin compatibility, expands AML STC 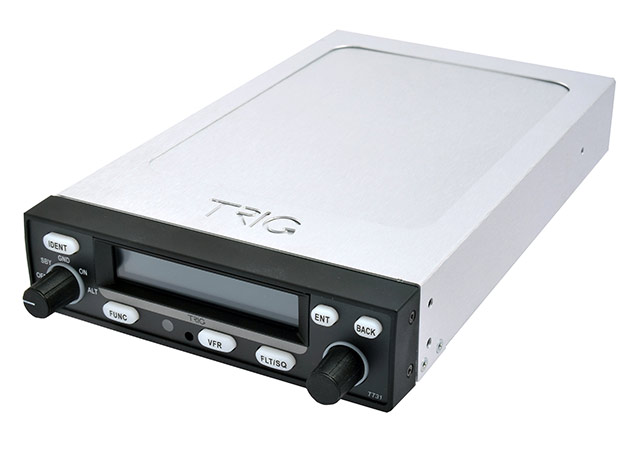 Trig Avionics announced a significant expansion of its FAA supplemental type certificate program for the company’s TT31, a Mode S transponder with extended squitter capability that allows it to be used for Automatic Dependent Surveillance-Broadcast Out (ADS-B Out), at EAA AirVenture on July 22. The FAA is requiring ADS-B Out capability beginning Jan. 1, 2020, in order to fly in airspace where a transponder is required today.

“I am pleased to share that our FAA ADS-B STC program now includes all Garmin GTN navigators,” said Andy Davis, Trig CEO. “Aircraft owners can maximize the value of a TT31 by integrating it [with a Garmin navigator that can serve as the WAAS position source required for ADS-B]. Our TT31 now has support for practically all of the navigators commonly found in owners’ airplanes.”

A TT31 transponder will fit in a Bendix/King KT76A or KT78A tray, and the same antenna normally can be used; only a connection to a Garmin GTN navigator, or a WAAS-capable GNS 430 or GNS 530, is required, Davis said. “We prove that many KT76A and KT78A customers can benefit from a stress-free install, avoiding additional antennas or physical changes to the panel. Our free STC program via our STC partner Peregrine of Denver makes this process even more straightforward.”

“We’ve been working with Trig for the past four years on obtaining and expanding these STCs,” he continued. “The great part of these projects is you get to do a lot of flying.” The process begins with an engineering analysis, ground testing, and then flight testing. Only select models receive the full flight test; other models with similar characteristics then can be added through an engineering analysis. “We’ve been through it several times now. I think we’ve got a very nice cross-section of manufacturers and aircraft.”

About 600 aircraft models are now listed on Trig’s AML STC for the TT31 panel-mount transponder. The STC for the remote-mount TT-22 should expand soon to 350 aircraft, and eventually will cover the same models as the TT31, Davis said.

He also said that Trig’s new TY96 and TY97 communication radios, and TMA44 and TMA45 audio panels—which were announced at the Aircraft Electronics Association convention in April, will be shipping to dealers at the end of this year.

Technical Editor
Mike Collins, AOPA technical editor and director of business development, died at age 59 on February 25, 2021. He was an integral part of the AOPA Media team for nearly 30 years, and held many key editorial roles at AOPA Pilot, Flight Training, and AOPA Online. He was a gifted writer, editor, photographer, audio storyteller, and videographer, and was an instrument-rated pilot and drone pilot.
Go to Mike Collins's Profile
Topics: Events, EAA AirVenture, Avionics