Get the app Get the app
AOPA will be closing at 2 pm ET on Friday, July 1, in observance of the Independence Day holiday. We will reopen at 8:30 am ET on Tuesday, July 5.
News & Media FAA administrator appears at Oshkosh 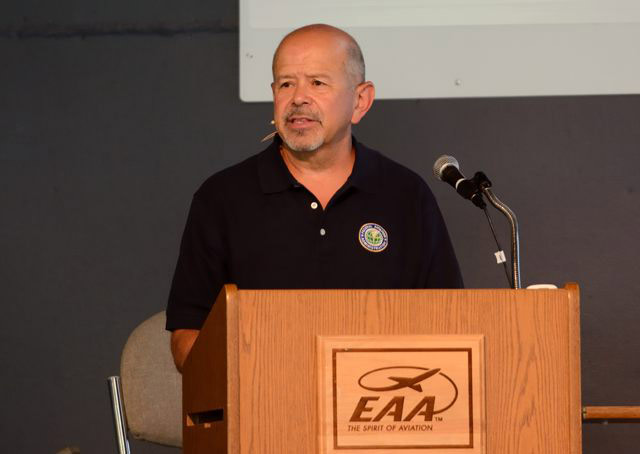 The annual "Meet the Administrator" session was attended by several hundred people at the world's largest aviation gathering. But Huerta took few questions from the public, and he largely stuck to familiar talking points.

Regarding third class medical reform, Huerta said the FAA is working "continuously and diligently" on improvements--but he cautioned the audience that "the pilot perspective is not the only perspective" on this issue.

"We all want a lasting policy that will stand the test of time," he said.

AOPA and the Experimental Aircraft Association have long sought to get rid of current third class medical requirements which have consistently been shown to have no predictive value to pilot health. The organizations are seeking to replace it with a self-assessment system in which pilots have greater responsibility and new tools for evaluating and monitoring their own fitness to fly.

A proposed FAA rule to reform the third class medical process has been held up in the review process at the Department of Transportation for nearly a year. Meanwhile, the Pilot’s Bill of Rights 2 (PBR2), which includes medical reform language as well as protections for pilots facing an FAA enforcement action, has gained strong support in Congress with 50 cosponsors in the Senate and 117 in the House. And just this week Sens. Joe Manchin (D-W.Va.) and John Boozman (R-Ark.) filed an amendment to the Senate highway bill that reflects PBR2. AOPA is urging members to immediately contact their senators and ask them to support the Manchin-Boozman amendment.

The July 23 appearance was the third time during Huerta's five years at FAA that he spoke at the annual gathering in Oshkosh, Wisconsin.

On the subject of ADS-B Out and the Jan. 1, 2020, deadline for aircraft to get equipped with the satellite-based technology, he reiterated that the compliance date "is not going to move."

"If you're putting off equipping, I'd urge you to reconsider," he said. 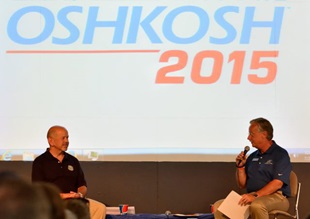 On the multi-year Part 23 rewrite of aircraft certification standards, Huerta said the agency intends to give manufacturers freedom to use "the latest materials, design, and technology," and that the FAA is shifting to "performance-based" standards that will enable the changes. At a later press conference, he said he expects the FAA to submit a notice of proposed rulemaking (NPRM) by the end of this year.

Also at the press conference, Huerta said the FAA is making significant progress evaluating unleaded avgas replacements. AOPA continues to play an active role in the search for avgas replacements as a member of the Piston Aviation Fuels Initiative (PAFI), a joint industry-government effort to facilitate the development and deployment of a new unleaded avgas that will meet the needs of the existing piston-engine aircraft fleet.

"We've made a lot of progress on the research side," Huerta said. "People are seeing there are solutions that have great potential."

At the Meet the Administrator session, Huerta urged members of the audience to contact their members of Congress to advance third class medical reform because there's a great deal of resistance inside and outside government to altering the current requirements.