Textron acting on 2012 idea for turboprop

Editor's note: This story has been updated to include a comment by Textron that the aircraft will be a clean-sheet design. 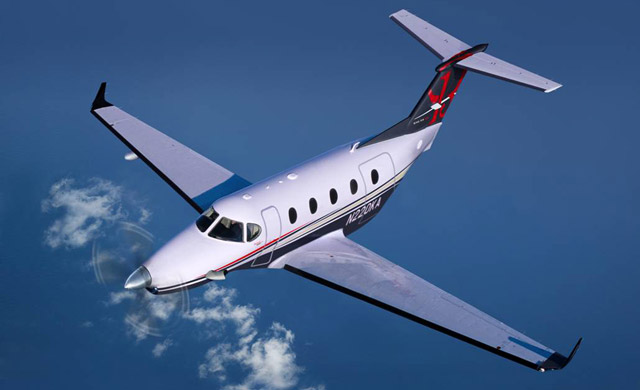 Textron Chairman, President, and CEO Scott Donnelly said Textron Aviation, which includes Cessna and Beechcraft, is surveying customer needs for a new turboprop. The aircraft is a resurrection of a 2012 initiative by then Hawker Beechcraft of a new family of piston-engine and turboprop aircraft that was never pursued.

As announced then, the new turboprop was to carry 11 people out of rough fields and fly at 300 knots using the composite fuselage of the Premiere jet. A photo provided at the time of the proposed aircraft with a large cargo door, winglets, and a T-tail, appeared similar to the smaller and slower Pilatus PC-12. Textron officials said the new aircraft will be a clean-sheet design.

Cessna officials told reporters attending EAA AirVenture last week that there would be an aircraft to show in approximately a year.

During a conference call with stock analysts, Donnelly said jet markets are poor in Europe, because of the value of the dollar that makes American jets more expensive, and in Latin American countries where economies are not doing well. Analyst Brian Foley addressed the weakening Latin American market in a press release earlier this week.

"While acting as an industry life buoy during the worldwide financial crisis, this market has since entered a cyclic downturn that will be more pronounced than previous ones," Foley said.

Foley said the private aircraft fleet population trend has been telegraphing a pending slowdown for some time now. In analyzing the region’s aircraft fleet data from provider AMSTAT, private jets, turboprops, and helicopters all show a continuous decline in year-over-year fleet growth rates. While growth approached or exceeded double-digits just four years ago, in the past year it has declined into the low single digits. "It’s my thesis that the fleet will eventually contract over the next few years, with equipment either being idled or sold to more prosperous regions of the world such as the U.S."

A variety of factors have contributed to the situation, none of which will soon be rectified. Debt, inflation, weakened currencies, minimal or declining GDP growth, and politics have all contributed to the decline. "The final hit, with perhaps the greatest implication, is the drop off in commodity prices, including around a 50 percent drop in oil prices, over the past year. As a region with an economy heavily dependent on natural resources the full effects have yet to be seen and will linger throughout these economies for years." Foley points out Mexico as a possible exception. As a key trading partner it has been indirectly benefitting from the U.S. economic recovery. "Given all of the manufacturing projects outsourced to Mexico by general aviation manufacturers, that’s a welcome way to reciprocate."

Donnelly also addressed the upcoming sales of the Cessna Latitude jet, saying most are from corporate buyers with only a few "high net worth" individuals among the customers. Deliveries are expected in the third quarter of this year. Look for a full report on the aircraft, now doing sales demos, in a future issue of AOPA Pilot.

Much was made of the launch of the military trainer Cessna Scorpion when it first flew, but as yet it has no customers. Donnelly said that no customers are expected this year, but customer input will be used to manufacture what amounts to a configuration change. The new certification-test aircraft will fly in 2016.

Overall, Textron's financial performance so far this year has been nothing to brag about but better times are expected in the second half of the year, traditionally a strong sales period. Still, the company exceeded earnings per share expectations by one penny—60 cents.