Although Congress is about to break for its August recess, AOPA members should keep calling their elected officials and asking them to co-sponsor the Pilot's Bill of Rights 2 (PBR2), said AOPA Senior Vice President of Government Affairs Jim Coon.

“I can’t emphasize enough to call your congressmen and to call your senators and get them on this bill,” Coon told Tom Haines during an AOPA Live interview in late July. “In Washington, what you’ve got to do, and this is kind of cliché, you’ve got to keep your issue on the table. There are thousands and thousands of issues, and I’ve got to give credit to our members for keeping this on the table. It’s very impressive.”

Coon noted that in mid-July PBR2 had about 28 co-sponsors in the Senate, but following an AOPA call to action, that number quickly rose to 57. Sen. Jim Inhofe, the driving force behind PBR2, gave credit to AOPA’s members for that success in an interview with AOPA Live at EAA AirVenture.

Coon also explained why 60 Senate co-sponsors is described as a magic number—and why AOPA members can’t afford to stop there.

“It was intended to protect the minority—they call it invoking cloture. Sixty votes can stop debate,” Coon said. But, he added, “I don’t want our members to think that once we get to 60 we're done. We need to get as many as we can.”

That, Coon says, is because AOPA will try to get third class medical reform language through the legislature any way it can. And the more bipartisan support for that effort, the better.

For AOPA members wondering why AOPA tried to attach an amendment to the Senate’s highway bill, Coon explained that attaching unrelated items to so-called “must pass” legislation is time-honored tradition. In fact, the Manchin-Boozman amendment supported by AOPA was just one of some 260 proposed amendments to the bill, most of which were not directly related to highway construction. With highway funding extended just to October, a new highway bill could be debated in the fall, and Coon said AOPA would again consider seeking an amendment.

“We’re going to look for every single opportunity where we can,” Coon said.

“We’re going to do whatever it takes to get medical reform and we won’t let anyone stand in our way,” said Baker. “ALPA’s decision to oppose medical reform is way out of step with the rest of the aviation community, Congress, and many of its own members. I’m hearing daily from ALPA members who feel betrayed that the association they count on to represent their professional interests has taken a position that’s so completely contrary to their own feelings and that could do so much harm to the aviation community as a whole.”

Additional meetings between the two organizations are planned.

AOPA has come close to getting action on third class medical reform several times in recent weeks, but each time those efforts have been sidelined by larger political issues.

Earlier in July AOPA was informed that third class medical reform would be included in the House Transportation and Infrastructure’s FAA reauthorization legislation. But on the day the legislation was to be introduced, it was pulled because of floor scheduling issues. On that same day, the Department of Justice announced that it would launch an investigation into anti-trust violations involving price fixing by some major airlines. With reauthorization legislation delayed at least until September and the current authorization set to expire Sept. 30, it’s likely that the FAA will continue to operate under some form of short-term extension while the House and Senate try to reach agreement on a longer reauthorization.

Then last week the House said it wouldn’t consider the Senate’s highway bill, putting a halt to that legislation and its proposed amendments, including the Manchin-Boozman amendment.

And, with the election just over a year away, presidential and partisan politics will continue to play a major role in every legislative decision in the coming months.

Aware of members’ frustration with the pace and process, Coon, a veteran legislative strategist, commented, “I really want members to understand that, in the political process, the road is winding all the time, and it takes months and a lot of discussions and education of members of Congress. But the fact is we’re working this every single day and we’re making progress—there’s no doubt about it.”

Can you hear me now? 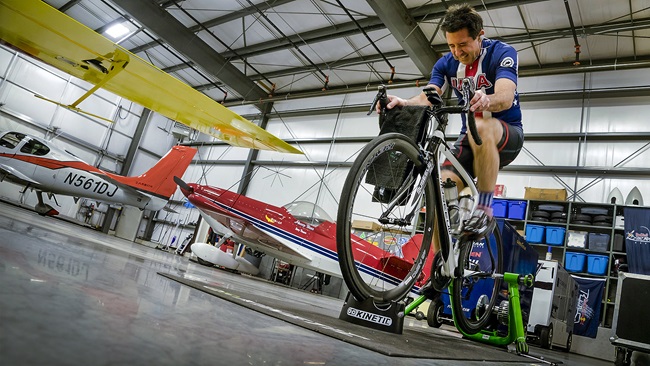