Get the app Get the app
Already a member? Please login below for an enhanced experience. Not a member? Join today
News & Media Airports and Oklahomans: The perfect match

Airports and Oklahomans: The perfect match

Two Oklahoma communities that have injected new life into their local airports are reaping rewards from their efforts, with the credit going to a diverse group of supporters from inside and outside the aviation community.

Not only do the results speak for themselves at South Grand Lake Regional Airport in Ketchum, but also at Claremore Regional Airport. Also, the stories of two airports' turnarounds demonstrate that there is more than one path to success when creative and energetic aviation backers get involved, said Yasmina Platt, AOPA Central/Southwest regional manager.

Taking a quick look at the artsy and informative website of South Grand Lake Regional Airport might leave you with the impression of a well-staffed facility with a dynamic marketing machine and a professional go-getter in charge, riding herd on a crew of highly focused employees.

Here’s the real scoop on South Grand Lake Regional: There are no employees—just volunteers. The airport’s CEO—if you can call Brent Howard that, as chairman of the airport board—is a 78-year-old nonpilot who has tried, he explains, to retire three times. (One retirement was from a multi-state classic boat restoration business. Another was from a longhorn cattle ranch. "The airport really is my third business," he said.)

Ketchum is too small a community to provide financial support as the airport’s government sponsor. Other movers and shakers who have taken the airport from a simple grass strip in 1985 to an airport with self-serve fuel, hangars, a terminal building, and a pavilion for events and functions include a nine-member board consisting of pilots and local business people; and a group of eight women supporters who call themselves the Girlfriends of the Airport. They take care of much of the marketing effort.

"We own nothing," the airport website proclaims in an appeal for donations that notes that the airport brings thousands of visitors to the area for business and pleasure. 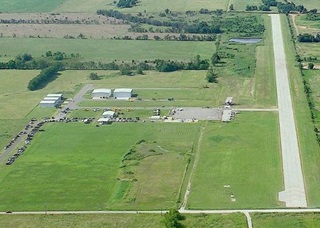 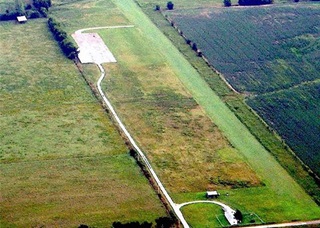 The airport has plans to develop a flying club and take other steps to draw pilots to the field. A conference room at the airport is available for business meetings and other events.

It helps that local nonpilots can see the value that the airport can return to the community, said Howard in a telephone interview.

"My philosophy on economic growth is to provide something that will go on forever, hopefully," Howard said. "People fly in and leave money behind, providing jobs and services. Or people wind up buying a house. Or businesses fly in for meetings."

A short distance to the southwest, just outside the easterly portion of Tulsa Class C airspace, is Claremore Regional Airport. Its renaissance as a regional business airport within the 110-airport public airport system in Oklahoma has taken a different, perhaps more conventional, path than South Grand Lake Regional’s.

State and federal grants augmented with local matches have brought about a taxiway extension project and new taxiway lights. A $2.8 million project to rehabilitate the runway, parallel taxiway, and apron is planned over the next three to five years, Platt said.

Those initiatives and other projects have brought about what local officials describe as "unprecedented growth," including 18 new private and commercial hangars that were built during the last five years to meet new demand.

This year, a partnership between Rogers State University and Tulsa Aviation Group has brought a private pilot ground school to the facility, Platt said.

"Congratulations Claremore, you got it, and we got infected with your enthusiasm about your airport too," said Victor Bird, Oklahoma’s director of aeronautics, during a recent airport open house.

He recalled that, in 2002, state and local supporters pressed a skeptical FAA with a financing proposition for a runway extension to 5,200 feet, making it suitable for many business aircraft. "That was enough, and the rest is history," he said.

Is there another Oklahoma airport turnaround story in the works?

Keep your eyes on Crazy Horse Municipal Airport in Davis, Platt said. "It is an airport that is coming back after it was closed for several years. This could be Oklahoma’s next success story," she said.