Get the app Get the app
Already a member? Please login below for an enhanced experience. Not a member? Join today
We will be performing maintenance on our systems Sunday, 5/22/2021, beginning at 12:00 A.M. ET and ending at 6:00 A.M. ET. During this time, you may experience intermittent service outages. We appreciate your patience.
News & Media Drones edge into NAS: 'Sense and avoid' tech tested 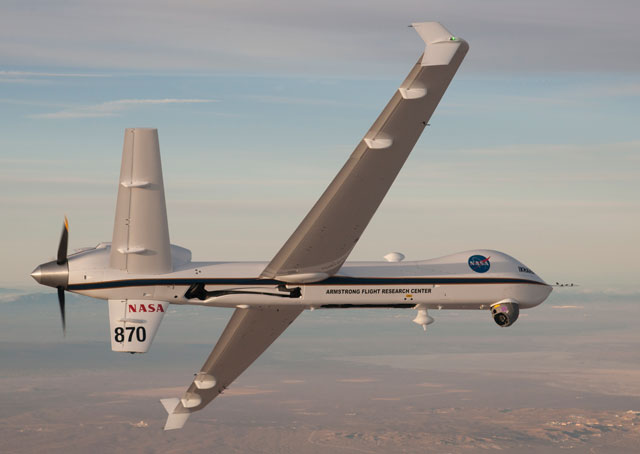 On June 17, drones took another step toward integration in the nation’s airspace when a NASA Ikhana drone, which looks strikingly similar to a version of the General Atomics Predator being developed for certification,  played a high-tech game of chicken with a King Air.

Two days of testing included 23 of these encounters, the first of 200 planned for that phase of testing, and marked the launch of a series of flights involving both manned and unmanned aircraft that will evaluate “sense and avoid” systems in real-world conditions. Test flights will continue at the NASA Armstrong Flight Research Center in California, where the agency’s drone is based. In 2014, NASA (collaborating with Predator maker General Atomics Aeronautical Systems, Inc.; Honeywell International, Inc.;and the FAA) demonstrated a proof-of-concept sense-and-avoid system, using a combination of on-board radar, sophisticated collision avoidance software, and air traffic control systems. The new round of tests combines the elements.

“This is the first time that we are flight testing all of the technology developments from the project at the same time,” said Laurie Grindle, NASA’s project manager at Armstrong, in a news release.

The combined technologies could prove it is possible to safely mix larger unmanned aircraft with manned aircraft, but smaller unmanned aircraft have payload and other limitations. NASA is working with other partners including cellular companies to develop a low-altitude traffic management system that would separate manned aircraft and drones carrying small cameras or packages being delivered by online retailers seeking to match pizza delivery times.

The NASA Ames Research Center in California’s Silicon Valley put out a call in 2014 inviting government, industry, and academic partners to join the collaboration and accelerate development, and strategies have begun to emerge. Data transmitted through cell towers could provide real-time information for operators about traffic, and even establish temporary or permanent no-fly zones for drones. More than 100 collaborators responded, NASA noted in a June 15 announcement, making it clear that the door remains open for new ideas.

“While these are only examples of the innovative commercial technologies being developed by companies that are working with NASA, the secret to effective collaboration is individuality,” said Parimal Kopardekar, manager of NASA’s Safe Autonomous Systems Operations Project. “You want everyone to feel free to contribute ideas to a project as a means of increasing engagement.” 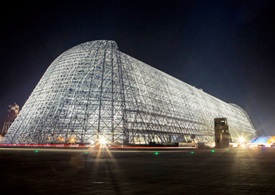 NASA has issued a broad invitation to innovators, pilots (a specific announcement was sent to AOPA requesting that word be passed to members), and others to Ames for the Unmanned Aerial Systems Traffic Management Convention, July 28 through 30. The event will include a host of presentations, discussions, and information-sharing, and is being co-hosted by the Silicon Valley Chapter of the Association for Unmanned Vehicle Systems International.

AOPA has continued to press for safety in the National Airspace System, urging lawmakers and regulators to see to it that unmanned systems are kept in operators' sight until sense-and-avoid systems are proved. The association also has supported FAA efforts to educate drone operators and give them as much access to information about airspace and safety as possible. Meanwhile, encounters between manned aircraft and drones continue to increase, particularly as consumer drones sell in huge numbers.

It is unclear what strategy or technology will be employed when NASA, a private company, and Virginia Tech use an unmanned aircraft to deliver pharmaceuticals to a West Virginia clinic in a July trial run. (An email requesting details had yet to draw a response by June 23.)