Get the app Get the app
Get the latest news on coronavirus impacts on general aviation, including what AOPA is doing to protect GA, event cancellations, advice for pilots to protect themselves, and more. Read More
Already a member? Please login below for an enhanced experience. Not a member? Join today
News & Videos Women in Aviation conference welcomes enthusiastic crowd in Dallas 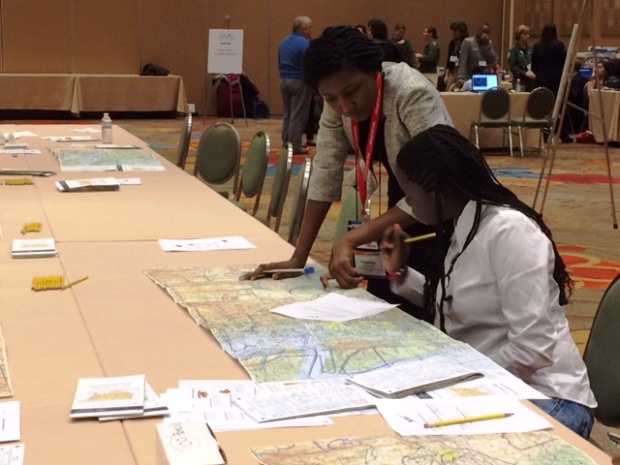 The twenty-sixth annual Women in Aviation, International (WAI) conference drew a crowd of more than 4,500 attendees to hear from dynamic leaders in corporate, nonprofit, and military aviation. The conference was held March 5 through 7 in Dallas.

One hundred two WAI members received scholarships worth a total of $606,730 for type ratings, flight training, career enhancement, higher education, and maintenance training. Liberty University aviation student Samantha G. Reed received a $3,000 scholarship from AOPA as part of the WAI program. Reed hopes to use her flying skills as part of a nongovernmental organization doing humanitarian or missionary work.

The 2015 AOPA Flight Training Scholarship Program will begin accepting applications on or around May 22.

Latimer said she has been asked where she would like GIFT to be five years from now. “I want it to be obsolete,” she said. “Unfortunately we haven’t got there yet so I need a little help from everyone in the room.” Latimer, who is a designated pilot examiner, issued pilot certificates to 90 individuals in 2014. Thirty applicants, or one out of three, were women. The national average is one in 20, Latimer said.

Four women were inducted into the WAI Pioneer Hall of Fame on March 7: Priscilla Blum, who co-founded Corporate Angel Network, which utilizes empty seats on corporate jets to transport cancer patients to medical care free of charge; Phoebe Fairgrave Omlie, the first woman to receive an aviation mechanic license and the first woman to receive a transport pilot license; Deanie Parrish, a member of the Womens Airforce Service Pilots who flew the B-29 during World War II; and Nancy Parrish, who has worked with her mother to share the history of the WASP through the Wings Across America website and numerous other projects. They also founded the National WASP WWII Museum at Avenger Field in Sweetwater, Texas. 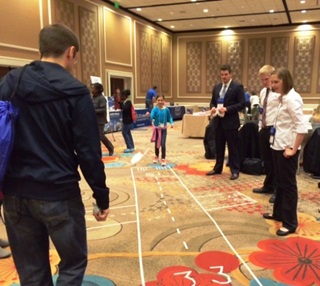 Also on March 7, WAI welcomed 192 girls and their chaperones from the Dallas area to Girls in Aviation Day. The outreach program introduces aviation to girls ages 10 to 17 through a variety of hands-on activities. Participants learned how to read sectional charts, built and flew paper airplanes, and went on a VFR scavenger hunt. Older girls also attended a career panel to learn about jobs in the aviation industry.

"Our members love Girls in Aviation Day and are eager to welcome and counsel the girls who participate,” said WAI President Peggy Chabrian. “It’s a positive program where we are planting seeds for years to come.”

WAI plans to sponsor an international Girls in Aviation Day on Sept. 25 that will be presented worldwide by local chapters, the organization said. WAI chapters will be given a kit to help them publicize and host local events.

The 2016 WAI conference will be held March 10 through 12 in Nashville, Tennessee.