Get the app Get the app
Already a member? Please login below for an enhanced experience. Not a member? Join today
News & Media Rutan drops hints about SkiGull

New design to be his final aircraft

Editor's note: This story was updated with additional information about the SkiGull that was provided March 18 by the film producers. 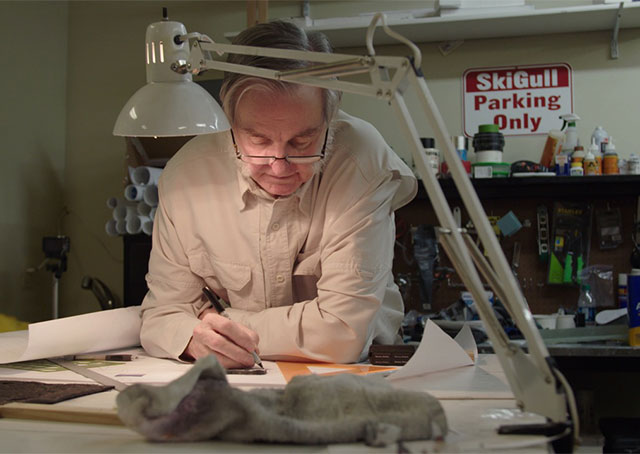 Burt Rutan “barely leaves the garage” these days, according to a film producer working on a documentary about the legendary aircraft designer’s life and work. The product of those 12-hour days in the garage of his Idaho home may prove to be an extraordinary final chapter in a storied career.

The production company, antennaFILMS, stirred the pot with a March 12 press release offering a few more hints at what Rutan is up to: The SkiGull, which Rutan first spoke about publicly in 2013, stands to be Rutan’s swan song. “He claims this airplane will be his last,” the film company said in its press release.

Rutan, 71, appears in a trailer for the film, Looking Up, Way Up! The Burt Rutan Story, posted by antennaFILMS that, along with the press release (and a second press release issued March 18), offers hints at the design and expected capabilities: a 170-knot cruise speed, two seats (one for Rutan and one for his wife, Tonya), and enough range to fly from Hawaii to California (at least 2,000 nautical miles) without ferry tanks. Retractable skis will allow it to land in rough water, and a Rotax engine able to run on automotive gasoline will give the airplane the capability to travel into remote regions without requiring an airport.

“I have to have it,” Rutan said in the film trailer. “I want to do this Walter Mitty trip before I’m too old to do it.”

Rutan said the design also includes two electric motors that each drive a 27-inch folding propeller (an assembly made from off-the-shelf parts) that can provide forward and reverse thrust to maneuver the SkiGull during docking or beaching. Those electric motors (powered by batteries designed for radio controlled airplanes) can keep the SkiGull airborne for a short period, adding another layer of safety in case the main engine fails during takeoff.

"Since the SkiGull has an L/D of 23 (it looks more like a motor glider than other seaplanes/floatplanes), its electric docking system can fly it about 8 miles, which greatly reduces the risk of an engine failure," Rutan wrote in the March 18 press release. "Every other seaplane has to crash straight forward when an engine fails early in the climb, a SkiGull can fly back to downwind and land on the lake or into the wind. The docking system also gives it an extra 150 lb thrust, for that over-gross water takeoff when heading for Hawaii."

The SkiGull will be able to fold its 44-foot wingspan (with removal of five-foot wingtip panels) small enough to fit in a one-car garage, and can be towed behind a vehicle with the addition of three 25-inch components. The retractable ski system is designed to pneumatically deploy at 15 knots during water takeoff, and support the aircraft's weight down to 10 knots during a water landing. The ski struts have shock-absorbing features that allow the aircraft to safely land on rough water, as well as hard surfaces that would otherwise damage them. The skis and the tri-hull have been tested at full scale on Lake Coeur d'Alene, validating performance and safety of the system, Rutan said in the March 18 press release. The skis are fitted with small wheels that protrude less than an inch from the bottom, allowing the SkiGull to operate on hard surfaces.

Rutan politely declined to offer specifics directly to AOPA in an email (writing that he’s “too busy now,” and noting his longstanding practice of withholding details until after a design has made its first flight). So far, 45 Rutan designs have flown, including five collected by the Smithsonian National Air and Space Museum, which honored Rutan for a lifetime of achievement in 2012.

The film company had raised nearly $70,000 toward a goal of $80,000 through Kickstarter, a crowdfunding website, as of March 18. The campaign has a March 28 deadline to meet the goal.

Rutan’s SkiGull will be built entirely from composites and titanium, with no aluminum—a requirement for operating in salt water. It will not be the first aircraft designed with retractable skis for rough water operation: The Convair F2Y Sea Dart was designed in the 1950s for the U.S. Navy, though never made it past the prototype stage.