Get the app Get the app
Already a member? Please login below for an enhanced experience. Not a member? Join today
We will be performing maintenance on our systems Sunday, 5/22/2021, beginning at 12:00 A.M. ET and ending at 6:00 A.M. ET. During this time, you may experience intermittent service outages. We appreciate your patience.
News & Media FreeFlight launches ADS-B Out solution under $2,000

FreeFlight launches ADS-B Out solution under $2,000

FreeFlight Systems will offer Automatic Dependent Surveillance-Broadcast (ADS-B) Out equipment priced below $2,000 for light general aviation aircraft that provides compliance with the FAA’s Jan. 1, 2020, mandate. FreeFlight’s FDL-978-TXL lists for $1,995, including antennas and an installation kit—everything but the labor required for installation.

“We’re pleased that manufacturers have recognized the importance of cost when it comes to equipping and are prepared to offer lower-cost products that make more sense for a significant segment of the general aviation fleet,” said AOPA President Mark Baker.

The ADS-B Out-only unit is half of FreeFlight’s Equip-It 2020 program. It also announced the FDL-978-XVRL, priced at $3,695, which adds optional ADS-B In capabilities that allow in-cockpit display of traffic and free weather information. Both have WAAS-enabled GPS receivers built in, to meet position accuracy requirements, and are fully TSO compliant. Customers who choose to equip with the low-cost TXL system and later wish to receive ADS-B In weather and traffic data will be able to upgrade to the XVRL version.

FreeFlight said it will build 10,000 of these systems in an effort to reduce ADS-B compliance costs for the GA community. Based on the company’s successful Rangr product line, they offer fewer features—for example, they do not support a second ADS-B antenna on top of the aircraft, and the ADS-B In/Out FDL-978-XVRL can display weather and traffic only on a tablet or other portable display using FreeFlight’s Wi-Fi module. Both products will be available through participating dealers, which the company plans to announce April 8. Shipments are expected to begin in June.

FreeFlight and other avionics manufacturers are part of the FAA’s ongoing Equip 2020 working group, which has been instrumental in bringing together the aviation industry to address the actions necessary to ensure that U.S. aircraft can equip with ADS-B Out before the mandate takes effect at the beginning of 2020. In those meetings, it became clear that cost “was a real barrier for owners of small aircraft,” the company noted.

“Many of our customers, especially those with older aircraft, told us that they need a low-cost option for equipage to meet the Jan. 1, 2020, deadline for ADS-B,” said Tim Taylor, FreeFlight’s president and CEO. “We needed to find a way to accomplish that without compromising the quality of the system. Volume was the way to make that happen, and we are stepping up.”

AOPA strongly advocated for lower-cost ADS-B solutions. Last year, AOPA raised the cost issue with the FAA and industry during Equip 2020 working group meetings designed to address the barriers to ADS-B equipage. In January, 13 aviation groups joined AOPA in a joint letter sent to FAA Administrator Michael Huerta urging the FAA to “make working with equipment manufacturers and our organizations its highest priority in order to meet this mandate on general aviation.”

Baker added, “It’s clear that our concerns over cost have been heard and that manufacturers are actively developing solutions that work for more aircraft owners and operators.”

FreeFlight has established a special website where aircraft owners can request additional information about the Equip-It 2020 program.

Technical Editor
Mike Collins, AOPA technical editor and director of business development, died at age 59 on February 25, 2021. He was an integral part of the AOPA Media team for nearly 30 years, and held many key editorial roles at AOPA Pilot, Flight Training, and AOPA Online. He was a gifted writer, editor, photographer, audio storyteller, and videographer, and was an instrument-rated pilot and drone pilot.
Go to Mike Collins's Profile
Topics: Avionics, Aviation Industry, ADSB 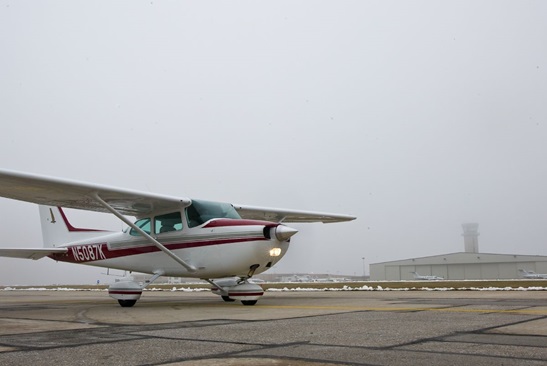