Get the app Get the app
Already a member? Please login below for an enhanced experience. Not a member? Join today
News & Media Just melt it 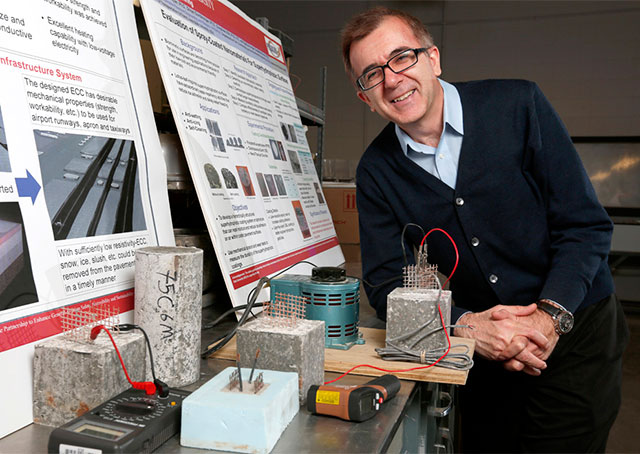 Clearing snow and ice from airports might one day soon be as simple as flipping a switch. Researchers at Iowa State University, which is matching a $750,000 FAA grant to develop approaches including heated concrete and special coatings that shed water, have taken the first steps toward eliminating the need for plows, sand, and chemicals that can harm aircraft. Advanced materials including concrete that conducts electricity and nanoparticles that create a hydrophobic surface that sheds water are being studied individually, though a combination of these may prove the most effective solution. 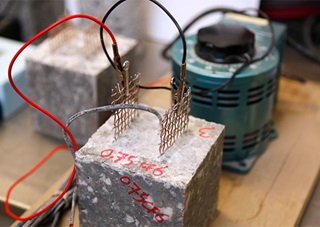 The applications may well extend beyond the airport to include virtually any paved surface where snow and ice removal poses a particular challenge, such as parking lots or even roads.

Halil Ceylan, an associate professor of civil, construction, and environmental engineering and director of the Program for Sustainable Pavement Engineering and Research at the university’s Institute for Transportation, has been a busy man, crisscrossing the country to meet with various stakeholders since word spread of successful early tests. Ceylan said the FAA is particularly keen to see installations on commercial aviation ramps, where the high level of activity and tight quarters make clearing snow and ice a particular challenge. The systems, he said, should prove cost-effective for general aviation airports as well, mitigating the high cost of plowing—particularly in places that receive significant snowfall. (Airport managers and pilots in the Northeast will probably take particular notice, given the brutal winter that region has endured.)

Conductive concrete has proved relatively easy to heat in the laboratory, with slabs heated to nearly 190 degrees by a 60-volt current. Pipes circulating warm liquid beneath the surface are another approach that also has proved to have potential in testing; both of these technologies can be combined with a hydrophobic coating that, given even a small slope, causes water to bead up and roll off quickly. (DuPont’s Teflon is among the coatings being tested.)

Laboratory tests will be followed in the coming year or so by outdoor tests, and major airport operators have already begun to express keen interest. Ceylan (who was not immediately available for an interview with AOPA due to his busy travel schedule) told the university news service that general aviation airports may benefit the most. 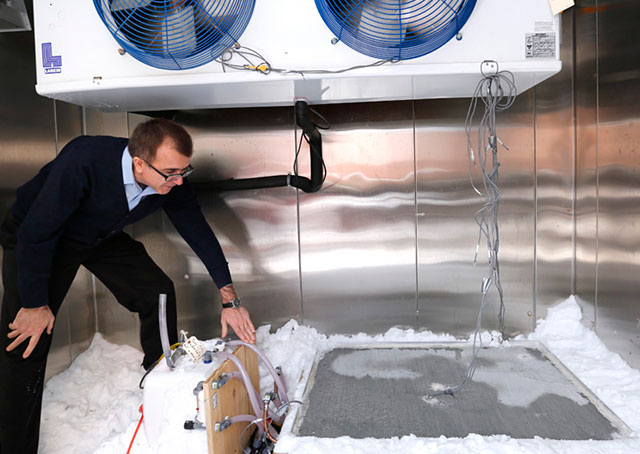 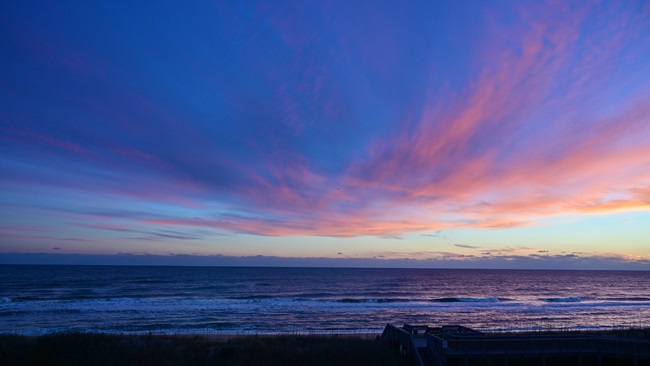