Get the app Get the app
AOPA will be closing at 1:45pm ET on Tuesday, December 6th. We will reopen Wednesday morning at 8:30am ET.
AOPA Members DO more LEARN more SAVE more - Get MORE out of being a pilot - CLICK HERE
News & Media Bell to lay off 1,100 employees 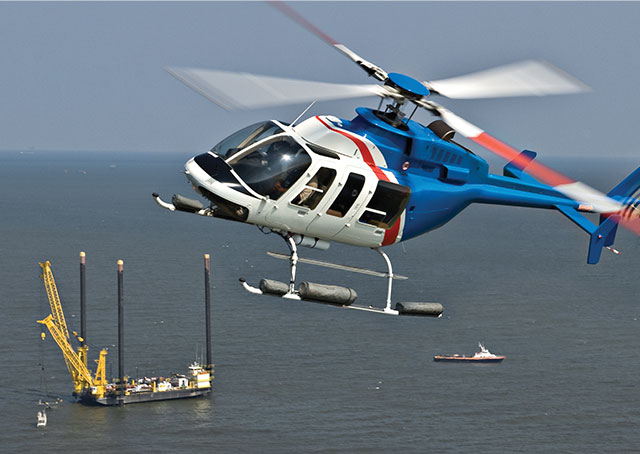 Bell Helicopter told employees April 27 that 1,100 jobs will be cut, layoffs that amount to more than 15 percent of the workforce. The Textron subsidiary based in Fort Worth, Texas, cited declining production of the V-22 Osprey tilt-rotor aircraft and soft commercial demand for the move, the latest in a series of cutbacks.

In a media statement, Bell said the company had expected a rebound in the commercial market that has not materialized, leading to the “immediate measures to proactively align our cost structure with current and projected business requirements.”

Aviation analyst Brian Foley of Brian Foley Associates said the continued decline in crude oil prices is also contributing to Bell’s headwinds, because it softens demand for helicopters used in oil and gas production. Those helicopters are generally at the high end of the product line, and the soft oil market translates into delayed or canceled orders from petroleum companies.

“It has a pretty big impact on a (helicopter) company just because of the sheer value that’s involved,” Foley said. “I think we’ll see that continue to develop, as long as oil stays down in the $60 to $65 (price range) for the next few months.”

Foley said the crude oil market is only part of Bell’s problem. U.S. military orders of the V-22 Osprey tilt-rotor aircraft developed by Bell and Boeing have been cut back—and the Osprey also required Bell to invest heavily in its development at the expense of updating commercial products in recent years.

“The lion’s share of investment went into that,” Foley said, noting that Bell has more recently been pressing forward with new commercial products including the 505 Jet Ranger X and the 525 Relentless, currently in development.

Those new offerings have promise to turn Bell’s fortunes around, though it will take time.

Meanwhile, Foley noted one other factor that has made matters worse for Bell: The U.S. Army has decided to consolidate its helicopter fleet and sell off many highly capable Bell helicopters, including the OH-58 Kiowa based on the Bell 206A Jet Ranger. That has given government and law enforcement agencies a low-cost alternative to purchasing new Bell models, Foley said.

The overall helicopter market remains soft, and Foley said “that’s not going to heal itself in the coming months.”

Bell Helicopter officials told AOPA that the job cuts would affect all locations and all areas of the business. The company remains committed, however, to completing a new 82,300-square-foot facility in Louisiana, and expects to meet production targets for the Jet Ranger X.

The Bell layoffs were announced a day before Textron reported a 7.9 percent increase in revenue and a $43 million increase in revenue year-over-year. Earnings per share increased $0.16. A decline in Bell revenue kept those earnings below analyst estimates.