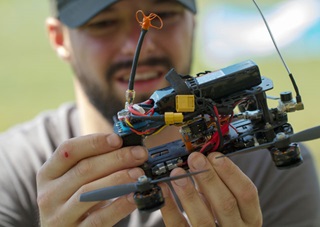 The FAA has accepted the final recommendations of its drone registration task force and begun the rulemaking process, moving the agency one step closer to establishing registration procedures ahead of anticipated record holiday sales of drones. The task force, which included AOPA, focused on producing recommendations that would encourage compliance by making registration easy and free while including an educational component to help drone owners understand the rules affecting their operations.

In its Nov. 23 announcement, the FAA said it has been working on a proposed rule to govern drone registration, which is now under review by the FAA and Department of Transportation, but no timeline has been set for completing the rulemaking process.

“The real goal is to create a culture of accountability and safety—and that means giving operators the information they need to fly safely while making it as easy as possible for them to participate in the system,” said Jim Coon, AOPA senior vice president of government affairs, who represented the association on the panel. “This is a good start, but the drone industry is relatively new, and we need to be prepared to make adjustments as we learn more.”

In addition to AOPA, the Unmanned Aircraft Systems Registration Task Force Aviation Rulemaking Committee included 24 organizations representing the manned and unmanned aircraft communities, drone manufacturers, and retailers such as Amazon and Walmart that hope to use drones in their businesses.

The task force, which met for three days in early November, was charged with developing recommendations for what types of UAS would need to be registered, the registration processes, and establishing proof of registration and markings.

In its final report, the task force noted that there were differing points of view on many of the issues under consideration and consensus was ultimately reached by keeping the recommendations simple and at a high level. 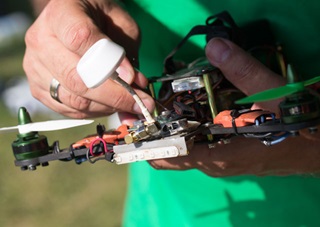 “Coming to consensus on the complex issues surrounding drone registration was challenging given the short time period and diverse perspectives in the group,” said Coon. “Throughout the process AOPA argued for rules that would ensure safety, protect the National Airspace System, and support participation and innovation in the drone community. We hope to see the drone industry continue to develop technical solutions that will help make it possible for them to safely share the National Airspace System with manned aircraft.”

The task force recommended that any drone with a maximum takeoff weight of 250 grams, just under 9 ounces, or more be registered. But several task force members suggested that a heavier weight might be more appropriate. AOPA and others noted that very little research has been done on the effects of a small drone strike, making it difficult to make a well-reasoned recommendation as to what size drone poses a meaningful threat. They urged the FAA to expedite its research in that area and review the weight requirement for registration based on its findings.

Under the task force recommendations, drone owners would need to provide their name and address in order to receive a registration number. Providing email addresses and phone numbers would be optional.

Owners also would have the option to provide the serial number for their aircraft, which could then be used as the registration number, in most cases eliminating the need to mark the aircraft. Otherwise the FAA-assigned registration number would need to be marked in a “readily accessible” location—defined as a place that can be viewed without using tools—on the aircraft.

To protect children, the panel recommended that no one under the age of 13 be allowed to register an aircraft, instead requiring younger owners to register under the name of a parent or guardian.

And to help drone operators fly safely, the task force recommended that the registration process contain an educational component that could be similar to the information provided by the Know Before You Fly campaign.